Replacements in Miss World 2017 not exclusive to Bangladesh 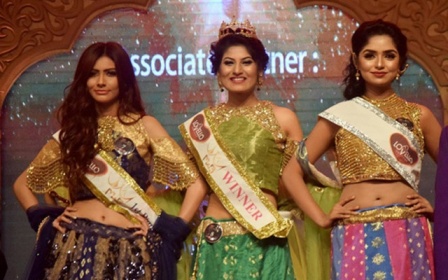 Numerous reports show that Bangladesh was not the only country to replace its Miss World finalist this year, as several other countries had to go through similar ordeals.

Jannatul Nayeem Avril from Bangladesh and Vian Ameer Sulaiman from Iraq were dethroned as the Miss World for their respective countries for hiding their marriage information in the entry form.

On the other hand, Masty Hama Adil (1st runner-up at the pageant) was crowned the new Miss Iraq 2017 after organisers disqualified Vian Sulaiman for hiding her marital status.

The country will enter the competition for the first time.

Helina Hewlett (1st runner-up) was appointed Miss World British Virgin Islands 2017 as a replacement to Khephra Sylvester who would compete only in Miss Universe 2017 due to the conflicting dates of the two international pageants.

Michèle Ange Minkata (4th runner-up) was declared as Miss Cameroon, replacing Julie Nguimfack, while the Cayman Islands appointed Kristin Amaya (1st runner-up) to represent them at the global beauty pageant, as a replacement to Anika Conolly as she didn't meet the minimum age requirement.

Anika was previously a replacement to Derri Dacres-Lee for similar allegation.

Aurore Kichenin (1st runner-up) was selected from France as a replacement to Alicia Aylies, Miss France 2017 who will be set to compete in Miss Universe 2017 pageant.

Theodora Soukia, Miss Hellas 2017 was replaced by Maria Psilou from Greece for the undisclosed reason while Adé van Herdeen (1st runner-up) was appointed by South Africa as a replacement to Demi-Leigh Nel-Peters, due to conflicting schedules of Miss World and Miss Universe.

The 67th edition of the Miss World 2017 will begin on 18 November 2017 at the Sanya City Arena in Sanya, China, where incumbent winner Stephanie Del Valle of Puerto Rico will crown her successor at the end of the event.