5 Most Flattering Colours for Brown Eyes 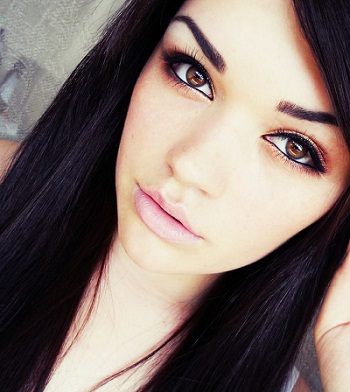 Sharing an eye color with half the world's population doesn't mean you're destined to blend in with the crowd. Here, six makeup colors that make brown eyes seem like the rarest of them all.

Cobalt Shadow
"Brown is a mix of all the primary colors, so there are a lot of options," says makeup artist Emily Kate Warren. She recommends a vibrant blue shadow or rich, dark brown eyes. "An electric shade like this really makes brown eyes pop—I just love the contrast."

Eggplant Mascara
Purple shades best enhance brown eyes with hazel flecks, says Warren: "The eyes already have a variety of tones, so you don't need a dramatic shade to create a striking contrast." We like Mally Beauty Volumizing Accents Mascara because it not only flatters brown irises, it makes the whites of the eyes look seriously bright.

Greenish Gold Shadow
For a pretty eye-makeup look that's neither drab or cuckoo-bananas, go green. "And don't be afraid to try different finishes," advises Warren. "Green tones come in a wide range of matte and metallic shades—they'll all pick up any flecks in brown."

Copper Shadow
Warm up a neutral shadow shade, like bone or taupe, with a layer of copper shadow on the outer halves of your lids. "It will highlight your eye color, and the shimmer will add a little texture," says Warren.