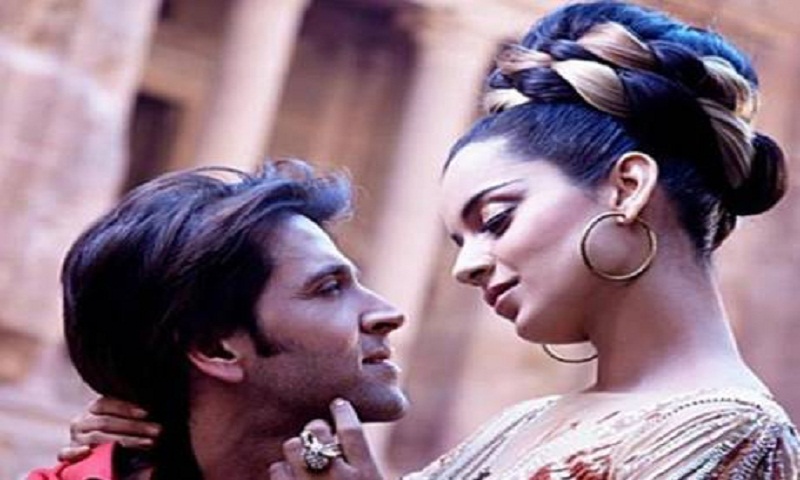 The mud-slinging between actors Kangana Ranaut and Hrithik Roshan reached an all-time low on Saturday as Roshan took to a popular news programme and denied having an affair or any kind of personal relationship with Ranaut.

This is his second public attempt this week to clear his name and present his version of events, prompting several celebrities, including Farhan Akhtar, to comment on the issue.

On October 5, the Krrish star posted a note on Facebook page discrediting Ranaut’s claim that they had a seven year relationship while he was married to Sussanne Khan, which he later reiterated on the TV show.

“No. Fact is stranger than fiction I guess,” said Roshan when asked by the show’s host whether he had an affair.

But Roshan maintains that he isn’t playing the victim card.

“I’m not a victim. Nothing that happens in my life makes me think like that about myself. But I’m very, very uncomfortable right now. I’m not confrontational by nature, have never had a fight in my life. Even my divorce was not a fight. There’s no grace in what I’m doing right now, testifying for my character, making myself sound right and by implication making someone else look wrong. I haven’t put forth my side of the story because I’ve been afraid that my words will be misconstrued. But now I have to do something about it,” Roshan said.

After Roshan’s TV appearance, Bollywood actor, director and producer Akhtar on Sunday weighed in on the issue and urged people not to discriminate.

In an open letter, the actor and activist urged journalists to verify the veracity of Ranaut’s claims and not to vilify Roshan.

“I am not the authority on who is right or wrong in their situation, that’s for the cybercrime officials to figure out, but I do feel certain aspects of the way the events have unfolded need comment,” said Akhtar on his Facebook page. Where’s the proof, he asks.

“She [Ranaut] has no messages and no photographs to prove that she was in a seven-year long relationship with this man. Not even a picture of their alleged engagement in Paris, an event which he denies,” said Akhtar.

“The reason I felt the need to say this is that it is apparent that some people have already jumped to conclusions while some are deriving some sort of voyeuristic pleasure by encouraging the woman to carry on speaking. This is being done without a seconds pause to consider the effect her words will have on the person, his family or his children. As great as all of it may be for [ratings]... it’s in terrible taste,” he added.

Last month, during the promotion of her new film Simran, Ranaut claimed that Roshan had pursued her relentlessly despite him being married.

But Roshan, claimed that it was Ranaut who displayed inappropriate behaviour while filming Krrish 3 together in Jordan.

“I remember, it was the Jordan schedule wrap party. I was ready to retire for the night. Kangana requested for some advice on the way forward, what her next steps in the industry should be. I told her let’s chat in the morning and I went to my room. I ordered for room service... the knock was too loud so I peeped through the hole. Up until now everything was great. But I saw her outside the door and I didn’t think she was in the right state to be let in. I called my assistant to call her sister to come and take her back to her room. Rangoli spoke to me about it the next day and said that ‘I’m really sorry, she’s a good girl, she doesn’t usually do this’. I said it’s no big deal, I’m not judging her. I never intended to speak about this, but unfortunately, I am now,” he said.

Roshan and Ranaut’s public battle started in January 2016, when she referred to him as her “silly ex”. It took a nasty turn after that as they both slapped legal notices against each other.