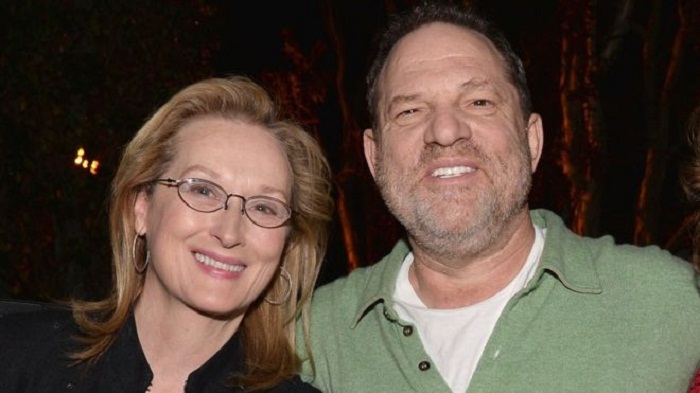 Meryl Streep has spoken out against producer Harvey Weinstein in the wake of the sexual harassment claims that saw him being fired by his own company.

In a statement first published by the Huffington Post, the star said she was "appalled" by the "disgraceful" news.

She went on to praise "the intrepid women who raised their voices to expose this abuse", calling them "heroes".

Dame Judi Dench also issued a statement saying she was "completely unaware" of the "horrifying" claims. 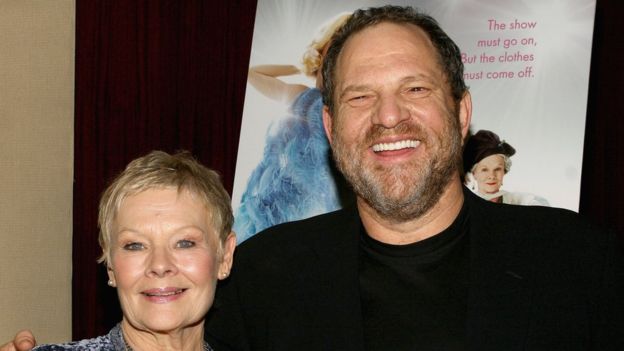 The British actress also praised those who had spoken up.

Emma Thompson, Mark Ruffalo and Seth Rogen are among other leading actors to express similar sentiments.

The Weinstein allegations have instigated a fierce debate about abuse of power in Hollywood and beyond.

Weinstein was made an honorary CBE by the Queen in 2004 for his contribution to the British film industry.

A spokesman for Theresa May said the Prime Minister had expressed "concern" about the allegations, but said his CBE was not a matter for Downing Street.

The spokesman said it was an independent process carried out by the Honours Forfeiture Committee, where each case is "considered on its merits".

Streep's statement followed criticism that leading Hollywood figures had maintained a "deafening silence" in the wake of the allegations against Weinstein that surfaced in the New York Times on Friday. 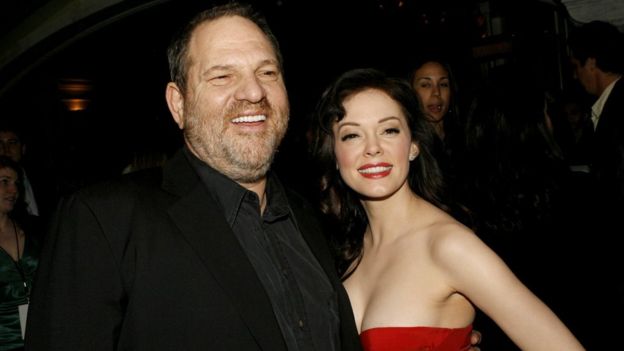 Streep said she wanted to make it clear that "not everybody" had known about the allegations, including herself.

The three-time Oscar-winner said the news had "appalled those of us whose work [Weinstein] championed, and those whose good and worthy causes he supported."

Streep worked with Weinstein on such films as The Iron Lady and August: Osage County and jokingly referred to him as "God" in a 2012 acceptance speech.

"Harvey supported the work fiercely, was exasperating but respectful with me in our working relationship, and with many others with whom he worked professionally," Streep wrote about the allegations.

"And if everybody knew, I don't believe that all the investigative reporters in the entertainment and the hard news media would have neglected for decades to write about it."

She added: "The behaviour is inexcusable, but the abuse of power familiar. Each brave voice that is raised, heard and credited by our watchdog media will ultimately change the game." 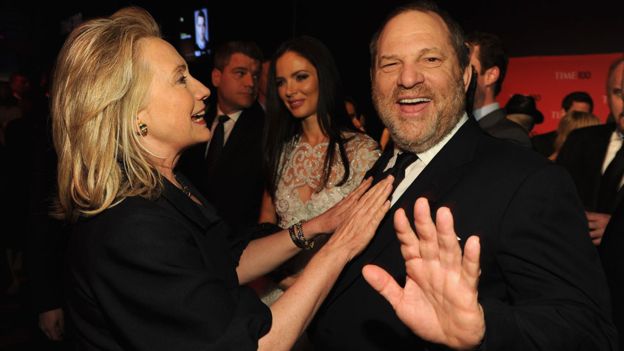 Speaking earlier on Monday, Britain's Emma Thompson said she was pleased the story had come out and described Weinstein as "a predatory man".

"We need to talk about how we're behaving," the actress and screenwriter told the BBC. "Male predatory behaviour is everywhere, not just in the film industry.

"Speaking out is the only way we'll tackle it. Let's support those women who don't have the confidence to speak out."

Some male stars have also spoken out to denounce Weinstein and express support for the women he is alleged to have abused.

"What Harvey Weinstein did was a disgusting abuse of power and horrible," tweeted Avengers actor Mark Ruffalo about the claims.

Actress Rose McGowan, whom the New York Times claimed had reached a legal settlement with Weinstein in 1997, has also been highly vocal.

"Ladies of Hollywood, your silence is deafening," she tweeted on Saturday, going on to tell the Hollywood Reporter that "men in Hollywood need to change ASAP."

When the claims were first reported in the New York Times, Weinstein issued a statement in which he apologised.

"I appreciate the way I've behaved with colleagues in the past has caused a lot of pain, and I sincerely apologise for it," he wrote.

But he later disputed the article, with one of his legal team claiming the newspaper's report was "saturated with false and defamatory statements".

Weinstein's lawyer, Lisa Bloom, said in another statement that he denied many of the allegations against him as "patently false".

Bloom later announced she had resigned as Weinstein's adviser.

'Weinstein used power as a gateway'

The painful fact is, many, many people were aware of allegations about Weinstein's behaviour for years. He was, as the saying goes, hiding in plain sight, no doubt protected to some extent by his friendships with famous people and his ability to hand out internships to the likes of Malia Obama (who as far as we know was treated with the utmost civility). That he was a major supporter of Hillary Clinton will have done him little harm, too.

Weinstein was the kind of man who used his power to be a gateway to both financial riches and fame: he controlled access to huge audiences, with all the money that can bring. If some of the claims made by actresses are true, it may be that Weinstein was - unforgivably - allowed to get away with it because of his power. Not just his power to make people very rich; also, his power to make them very famous.