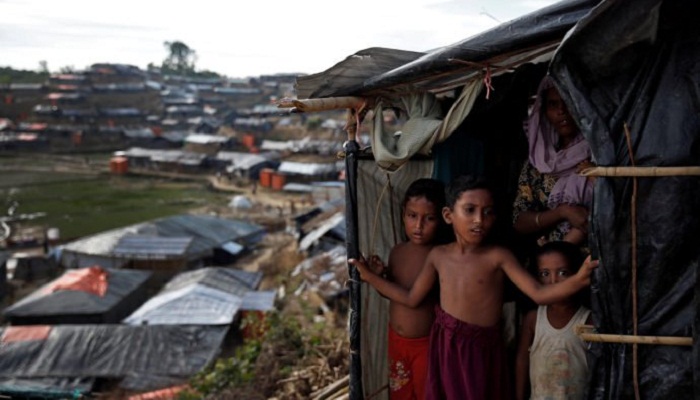 The government is set to launch a massive vaccination campaign for Rohingyas to protect over half a million victims of forced exodus from onslaughts of cholera after administering their kids with polio vaccines, officials said Thursday.

They said the government decided to launch the cholera vaccination programme from October 10 as the forcibly displaced Myanmar nationals appeared to be exposed to outbreak of diarrhoeal diseases.

He said the Rohingya children, which comprised 60 percent of these ethnic minority displaced population, were exposed more to health risks like diarrhoea as they were suffering from malnutrition and carrying contagious diseases including measles, polio and tuberculosis.

But, the officials, said the people of the makeshift camps irrespective of their age would be administered the cholera vaccines.

Officials said the moment the Rohingya children stepped into Bangladesh territory they were being administered with Polio vaccine and vitamin A capsule and so far nearly two lakh eighty thousand doses of the vaccine were administered.

"We have identified ten patients infected with hepatitis B and C of whom two died; besides seven persons have been detected as HIV/AIDS positive of whom one woman died," he said.

The UN agencies earlier feared more than 14,100 Rohingya children were at risk of dying from malnutrition in wretched camps as they were most vulnerable to the paucity of food, with 145,500 infants under five needing urgent intervention to stave off malnutrition.