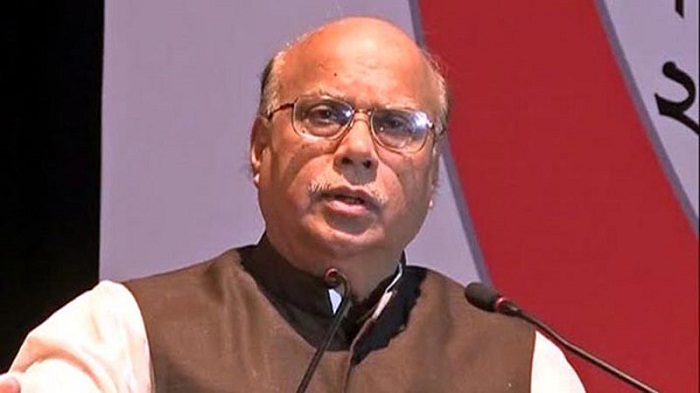 “The post of the Chief Justice is a glorious and dignified one. Chief Justice Surendra Kumar Sinha is a revered person and we also respect him. It’s unfortunate that he repeatedly tried to make the post controversial after assuming office,” he said.

Nasim, also Heath and Family Welfare Minister, further said Sinha aroused a controversy over the installation of a Greek idol on the Supreme Court premises.

“The entire nation has got surprised by the observations he made in the 16th amendment verdict…It’s regrettable that there’s a controversy over his ailment. We all still want him to go on retirement with honour,” added Nasim.

He came up with the remarks while speaking at a press conference after a meeting of the 14-party grand alliance at Awami League President’s Dhanmondi political office.

Turning to the Rohingya issue, the 14-party spokesman hoped that the Rohingya crisis will be resolved permanently through the five-point proposal Prime Minister Sheikh Hasina presented at the United Nations General Assembly.

He described Rohingyas as the temporary guests of Bangladesh and said the Myanmar authorities must take them back with dignity.

The minister said Sheikh Hasina has saved the country from chaos and a serious crisis over the Rohingya issue with her farsighted leadership.

He said lakhs of people will accord Sheikh Hasina a reception on Saturday on her return from abroad.

Nasim said the Election Commission has invited different components of the 14-party alliance to join its ongoing dialogue with political parties.” We’ve taken a decision that all the parties of our alliance will propose holding the next election under the election-time government led by current Prime Minister Sheikh Hasina."