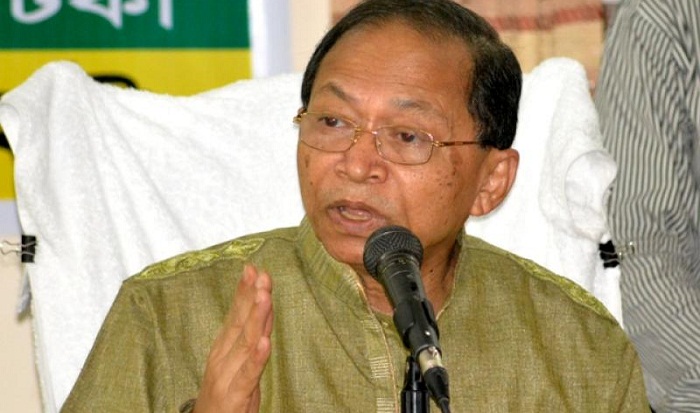 Chief Justice Surendra Kumar Sinha, who is now on one month leave due to illness, has performed Lakshmi Puja at the Dhakeshwari Temple in the old city of Dhaka.

The chief justice along with his wife left his residence for the temple around 5:35pm on Thursday. He performed Lakshmi Puja rituals, and then left the temple premises around 5:55pm.

After offering the puja, the chief justice returned his residence around 6:25pm.

Chief Justice Surendra Kumar Sinha had sent a letter to the president seeking a leave of absence for a month on October 2.

The Ministry of Law, Justice and Parliamentary Affairs issued a gazette notification on the same night stating that Justice Md Abdul Wahhab Miah, a senior judge of the Appellate Division, will fulfill the duties of acting chief justice.