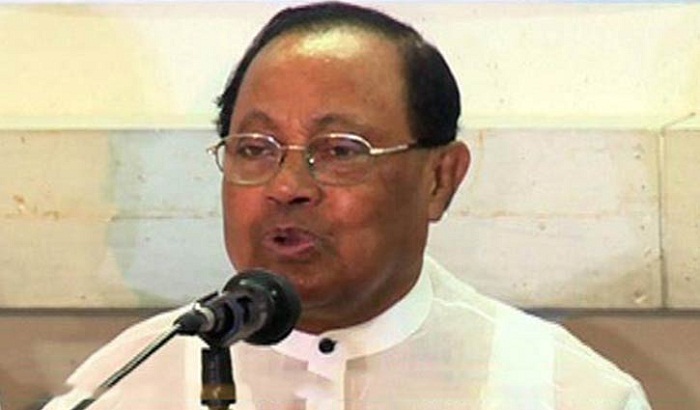 BNP senior leader Moudud Ahmed on Thursday alleged that Chief Justice Surendra Kumar Sinha has been put under 'house arrest' by the government in the name of leave.

The veteran lawyers came up with this allegation while speaking at a seminar held at the Jatiya Press Club.

The government has annihilated the judiciary by putting him under the house arrest, Moudud said.

Moudud, a BNP standing committee member, also alleged that a plot is on to send Sinha abroad by force.

He also voiced doubt whether the application for leave shown by the Law Minister was signed by Sinha as there were five mistakes. "A responsible person like him (Sinha) can't sign the application which is full of errors."

The BNP leader also said there is no similarity between his usual signature and the one shown in the application for leave.