Myanmar must take back Rohingyas: Nasim 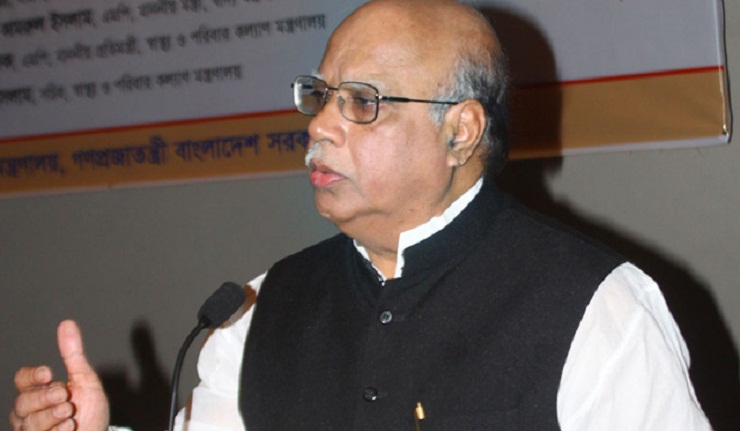 Awami League Presidium Member and 14-party alliance spokesman Mohammad Nasim on Thursday said the Rohingya people, who were forcibly displaced from Myanmar, are temporary guest of Bangladesh and Myanmar must take them back.

"The repressed Rohingya people will go their home on the basis of our Prime Minister Sheikh Hasina's five-point proposal placed at the United Nations General Assembly for a permanent solution," he said at a press conference after a meeting of central 14-party grand alliance at AL president's political office at Dhanmondi here.

The meeting was held to make the mass reception to Prime Minister Sheikh Hasina a success on her return home on October 7.

Nasim, also the health and family welfare minister, said, "The Election Commission is holding dialogues with all stakeholders and our alliance components have also been invited for talks...We have a decision that all parties of the alliance will propose that the next election will be held under the incumbent Prime Minister Sheikh Hasina."