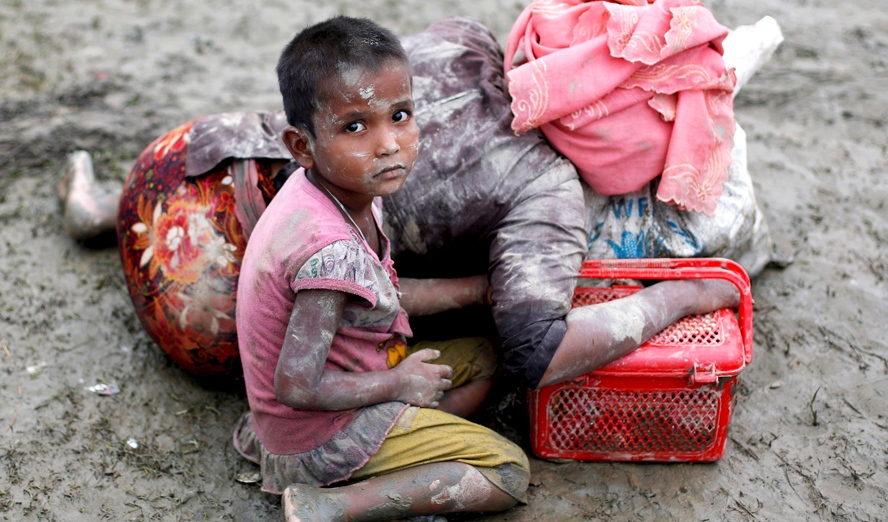 The UK government's Department for International Development (DfID) in collaboration with IOM, the UN Migration Agency, has organised a major airlift of relief items to help some of the more than 500,000 Rohingya refugees who have fled to Bangladesh to escape violence in neighbouring Myanmar, UNB reports.

There are massive shelter and site management needs across the Cox's Bazar area which reflects the scale of the crisis. DfID is working in close partnership with IOM, humanitarian agencies, the international community and the government of Bangladesh to urgently address these needs.

The provision, by the British government, of 10,000 shelter kits, 10,500 sleeping mats and 20,000 blankets will help improve the lives of thousands of people who are living in makeshift settlements around Kutupalong and Balukhali, said the British High Commission in Dhaka on Thursday.

Distribution of this aid began Wednesday through our partner IOM and will continue over the course of the next week.

The British government has been quick to respond to the crisis and has already announced £30m of funding to meet the urgent humanitarian needs of those people who have arrived in Bangladesh since August 25.

UK International Development Secretary Priti Patel said, "I am appalled that more than half a million Rohingya have been forced to flee their homes because of the horrific violence in Burma."

Those who escaped, Patel said, carrying little or nothing, have had to make the treacherous journey across the border into Bangladesh to seek safety, with countless people dying or losing loved ones.

"In this time of crisis, the UK will do everything it possibly can to help and is leading the way internationally to save the victims of this tragedy, who are in desperate need of food, water, shelter and healthcare."

Jane Edmondson, Head of DfID in Bangladesh, said the Department for International Development has been working in close partnership with IOM, and others, to address the urgent humanitarian needs of the Rohingya and other minority groups fleeing from violence in Burma.

"As the largest bilateral donor of aid the UK continues to be at the forefront of responding to the plight of the refugees. Since reports of the latest violence in Rakhine state emerged on August 25 the UK government has committed an additional £30m of funding for those most affected by the violence as part of our overall crisis response," said Edmondson.

UK supplies of emergency shelter kits, sleeping mats and blankets are much needed and will provide critical, potentially life-saving, shelter to thousands of the most vulnerable, Edmondson said.

"But we remain deeply concerned by the scale of the crisis and will continue to work with the government of Bangladesh, UN agencies and NGOs on the ground to ensure that our aid is channelled efficiently and effectively and quickly reaches those in desperate need of our support."

Mohammed Abdiker, IOM Director of Operations and Emergencies, said: "Many thousands of people are living in the open. We need to provide them with shelter immediately."

"This airlift will supply 10,000 families - 50,000 people - with potentially life-saving shelter, mats and bedding to protect them during the monsoon season's torrential wind and rain. We are greatly appreciative that the UK government, which has partnered with IOM in Bangladesh, Iraq and in other IOM missions, has again decided to work with us to help this extremely vulnerable population."

Since August 25, IOM has distributed 44,456 tarpaulins, with guy ropes to around 44,456 households since the start of the influx on August 25.