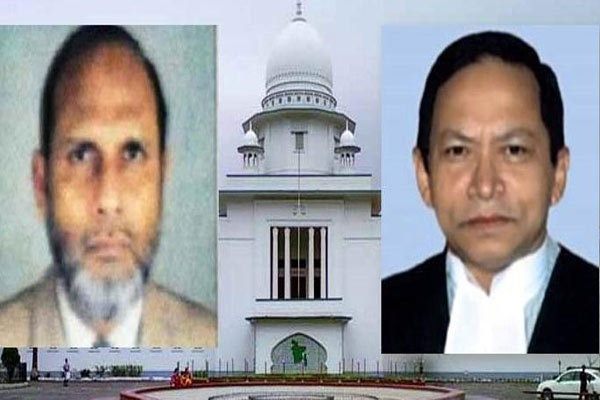 Acting Chief Justice Abdul Wahhab Miah has said that he had inquired about the health condition of the Chief Justice and he is now at his government residence.

He came up with the assertion when senior lawyers of the Supreme Court Bar Association (SCBA) placed a petition before him asking about the condition of Chief Justice Surendra Kumar Sinha on Thursday.

Following the petition placed by SCBA President Advocate Zainul Abedin, the acting Chief Justice has requested them to meet Chief Justice at his chamber citing that it is not the matter of court.

The acting CJ, who is leading the five-member Appellate Division bench, said, "We are bound by law. We came to know that the CJ went on leave due to his illness. So, as a senior most, I am discharging duty."