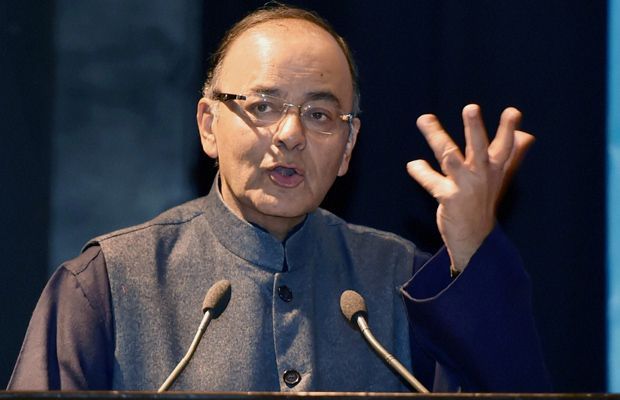 Indian Minister of Finance and Corporate Affairs Arun Jaitley has said connectivity is crucial to the success of Bangladesh-India bilateral development partnership, sub-regional economic cooperation and economic prosperity in the region.

"India-Bangladesh relations are at their best today and stand out as a model for other countries to emulate," he said after his meeting with Finance Minister AMA Muhith at the latter's office before Bangladesh and India signed the final agreement of $4.5 billion 3rd Indian Line of Credit (LoC) on Wednesday.

He hoped that the two countries will continue to cooperate with each other in the coming days and the relations will further be deepened.

Both the ministers reviewed bilateral relationship, in particular economic cooperation, which has recorded "significant progress" in recent years.

The Indian minister said he is deeply impressed by the rapid progress made by Bangladesh in achieving economic growth along with inclusive social development, UNB reports.

"India continues to attach the highest importance to its relations with Bangladesh, which has seen steady growth during recent times. A strong, stable and prosperous Bangladesh is in India's interest and we are committed to working with Bangladesh to deepen our mutual engagement," he said.

Arun Jaitley said Prime Minister Sheikh Hasina's visit to India was a landmark event that resulted in the signing of a record 36 agreements.

Several investment proposals by Indian public and private sector companies in Bangladesh are in the pipeline.

The two ministers witnessed the signing of the Loan Agreement to operationalise the 3rd Line of Credit of US$ 4.5 billion announced during Hasina's visit.

"India is fully committed to partner Bangladesh in its economic development. As a longstanding development partner of Bangladesh, we have extended three Lines of Credit worth US$ 8 billion to Bangladesh in recent years," Arun Jaitley said.

This is the largest quantum of credit India has extended to any other country by far and comes with a highly concessional rate of interest.

Arun Jaitley said the signing of the 3rd LOC agreement will enable the implementation of 17 pre-identified projects of developmental priority to Bangladesh in key sectors of the infrastructure such as power, railways, roads, shipping, ports, etc.

He said as in the case of past Lines of Credit extended by India to Bangladesh, this line of credit is also highly concessional with interest at 1 percent per annum and repayment over a period of 20 years (inclusive of 5 years moratorium).

"I am happy to note the increased thrust placed by both our governments on the restoration of pre-1965 linkages, encompassing road, rail, water, and coastal shipping connections. I am confident that this will help to increase bilateral trade and foster people-to-people contacts between our countries," he said.

The Representative Office of the EXIM Bank of India in Dhaka was formally inaugurated on the same day.

The Indian minister said this will facilitate the development partnership between the two countries and also help in facilitating Indian investments into Bangladesh.

"All these developments highlight the increasing economic cooperation and inter-linkages between our two countries," Arun Jaitley said.