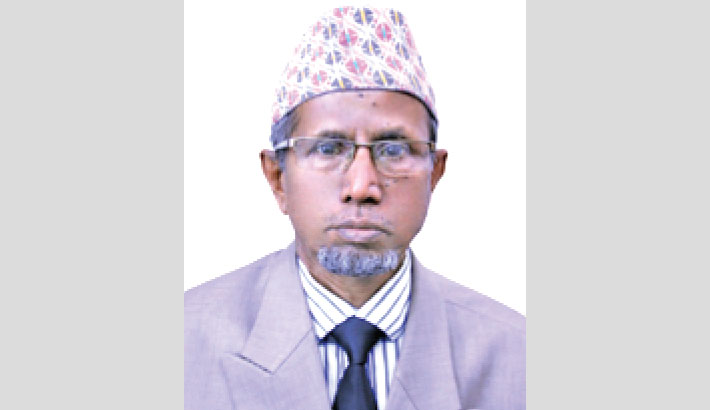 The speech that Aung San Suu Kyi delivered on 19th September addressing the current Rohingya crisis, an offshoot of her government’s brutal policy to annihilate the innocent ethnic minority living from generation to generation in a Buddhist dominated country. The world witnessed the horrors of the human tragedy and lodged strong protest against the flagrant violation of human rights and international law.

Her speech deserves to be judged in context with the indescribable situation in the Rakhine state that has totally damaged her reputation in the international arena. She has shocked the sentiment of the world community and it will be a mountain task for her to build up their confidence albeit her high sounding speech without any direct declaration of honourably  recognising the rights and privileges of the victims and setting a time frame for their repatriation. Now let me concentrate on some aspects of her speech and the mixed reactions that followed worldwide.

Aung San Suu Kyi, the de facto leader of Myanmar, remained silent for a long time since the operation launched by the army to cleanse the ethnic minority Rohingyas. Her general in the Facebook remarked sharply that the Rohingyas are not the ethnic minority of their country. He inspired his countrymen so that they support him and work in unison. Soon after this statement she appeared in public to deliver a national speech as the state counsellor in her government’s effort to bring reconciliation in the country. She reiterated that her government is working to bring normalcy to the pressing situation.

In her speech she also mentioned that she is concerned over the fleeing of refugees into Bangladesh. She added that her government is ready to start verification effort at any time for the Rohingya refugees. In her national speech she condemns all violations of human rights. She pointed out that hers is a young and fledgling democracy. She stated that all people have access to health care and education. According to her, Myanmar does not fear international security on Rohingya crisis. Myanmar government wants to know why this exodus is taking place. She gave an answer to her question that the crackdown began following some police were attacked by ARSA and Rohingya extremists. Like a moralist she hinted to remove negative and bring positive in her country. Her expression was that hate and fear are the scourges of the world. The past days of atrocity and persecution of the Rohingyas and forcing them to leave their motherland is a clear evidence of the opposite of what she says today. Human Right Watch has shown the video footage of the burning of 214 Rohingya villages.

The world community is quite aware of what actually happened there. The brutalities and blatant violation of Human Rights were written in brass and no human being can forget it. One reporter to Al-Jazeera regards it as one of the biggest humanitarian crisis, a disaster, and a man-made disaster. She started her speech by saying her country’s transition to democracy, peace and stability, and sustainable economic development. It is a reminiscent of what Shakespeare said, ‘The devil can cite scripture for his own purpose’. Some renowned reporters of Al-Jazeera channel are sceptical about her handling of the crisis. She did not give any clear cut roadmap to take the Rohingyas back to Myanmar. So Mr. Gomez, a reporter says that her process of repatriation is very very difficult.

She does not at all criticise the army even for a single moment for the violation of human rights. Scott Heidler, a famous reporter of Al-Jazeera said ‘what power does she have over the army?’ We know that she is a tool in the hands of the army and has tacit agreement with them as far as their state policy to cleanse the ethnic minority and occupy their lands is concerned. Now it is a thought provoking question why she has chosen this time and occasion to make a speech in response to the accusation to Myanmar. It is evident that she gave a speech after intense pressure. She knows certainly that our Honourable Prime Minister Sheikh Hasina has successfully brought international support and opinion in favour of Bangladesh for the solution of the Rohingya crisis. A good example in point is the UN Chief António Guterres warned that Suu Kyi had a last chance to stop the offensive during her address to the nation Tuesday. The humanitarian crisis affecting the Rohingyas has moved his heart. He was aware of the vicious circle of crime and militarisation of the country. He has stressed the repatriation of the Rohingyas. While making opening remarks at the UN General assembly he said, ‘Myanmar must address the grievances of the Rohingyas.’ Moreover, our Prime Minister will poignantly brief up the world leaders about the crisis and its solution in her historic speech during the 72th session of the general assembly. We are sure that her speech would have far reaching impact on the issue to turn the tide in favour of changing the tragic fate of millions of Rohingyas.

Aung San Suu Kyi gave a message, a speech to the international community. But we should bear in mind whether she is sincere in her motive about the Rohingya crisis. It is true that the speech is silver; deed is golden. She is desperate in her attempt to deflect the world opinion about her crimes. She lied many times about the real situation. By this speech she tried to show that she has respect for human rights. But it is questionable. Her speech has frustrated the Rohingyas who cannot trust her because she is not true to her words. However, it is evident that she is a part of the problem and a part of the solution.

In the end, her speech to the nation may be eyewash to save her skin against the backdrop of her image in tatters. Unless she translates her words into deeds, it will be an empty speech and her promises will be empty promises. If she takes positive steps to handle the crisis, it will be well and good. She has shifted from the hard line of thinking. There is a glimmer of hope in her speech in the proverbial sense of better late than never.

The writer is a Professor of English and Vice-Chancellor (In-charge), Britannia University, Comilla