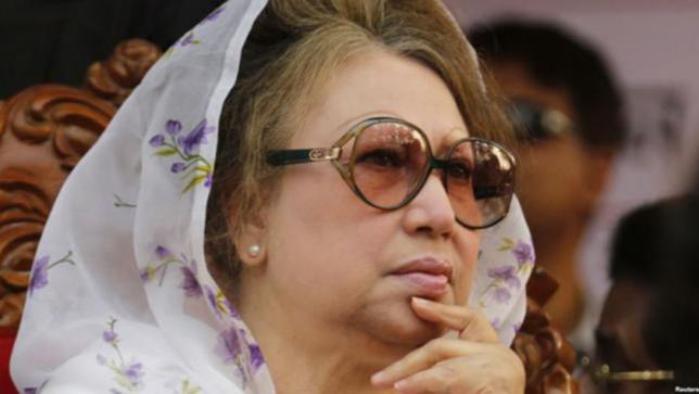 A Dhaka court  has ordered BNP Chairperson Khaleda Zia to appear before it on October 5 or face an arrest warrant if fails to comply with the order in a case filed for dishonouring the country's map and the national flag.

President of Jananetri Parishad, a pro-Awami League organisation, AB Siddique filed the petition as Khaleda did not appear before the court following its previous order.

Earlier on March 22, the court had issued a summon order asking Khaleda to appear before it on September 12 but the BNP chairperson didn't appear.

On November 3 in 2016, Siddique filed the case accusing Khaleda and her late husband ex-president Ziaur Rahman for dishonouring the country's map and the national flag by appointing two ministers from Jamaat-e-Islami in 2001 though the party was against the country's independence during 1971.

Investigation officer of the case Moshiur Rahman, also officer-in-charge of Tejgaon Police Station submitted the probe report to the court on February 25.