14,000 shelters to be built for Rohingya 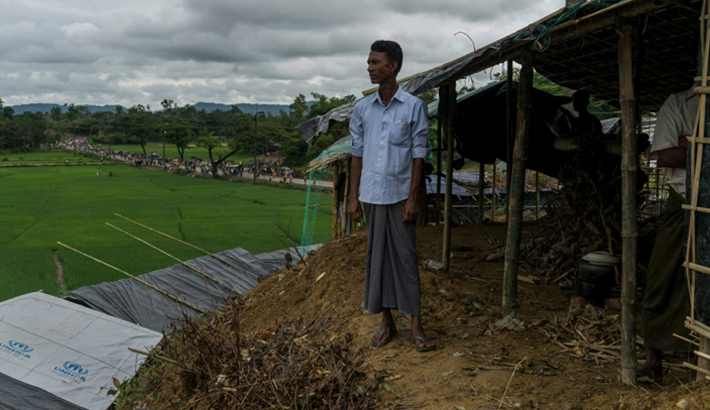 Bangladesh will build 14,000 new shelters to house the hundreds of thousands of Rohingya Muslim refugees camping on roadsides, in fields and on hills, an official said Saturday, reports AFP.

According to the UN, nearly 400,000 Rohingya have entered Bangladesh since August 25 after fleeing a military crackdown launched by Myanmar’s military in response to attacks by Rohingya rebels.

Bangladesh authorities said they would build a massive camp on a 2,000 acre (800 hectare) plot of land near an existing Rohingya refugee camp in Kutupalong in Cox’s Bazar district, which borders Myanmar.

“We have been told to build the shelters in 10 days. Each shelter will house six refugee families,” he said, adding the camp would have proper sanitation, water and medical facilities.

“We would take help from the UN agencies,” he said.

The government social welfare agency would take care of Rohingya children who had lost their parents in the violence or who arrived unaccompanied in Bangladesh, he said.

“Refugees are still pouring in. But there is no attempt to bring discipline and order in the aid management.

There is a serious lack of coordination among the government and the agencies,” Nur Khan Liton said.

“Still a lot of people are staying on the roadsides and in open space. Some have managed to erect a tent, others just sleeping under the open sky.”

The next danger, he warned, could be a health epidemic as at least one Rohingya boy had died of diarrhoea.

“The authorities must move quickly before it becomes an epidemic.”

UN officials acknowledge they were taken by surprise by the scale of the exodus.

The UN’s International Organization for Migration has said it will form a group of all UN agencies and private groups to coordinate aid work.