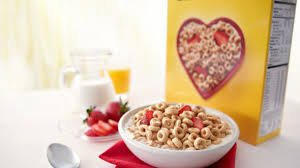 Asked what health attributes are very important when buying food, consumers in a global survey by Nielsen ranked “all-natural” and “GMO-free” at the top.

Consumers were asked to rate 27 “health attributes” of food from “very important” to “not important” in their purchase decisions.

The top two, each considered very important by 43 percent of global respondents, were foods with all natural ingredients and foods without ingredients containing genetically modified organisms (GMOs).

Both categories of food are controversial, though. While natural is commonly used in food labeling, there is no actual regulatory definition, at least in the United States. Thus, critics say “natural” can be nothing more than a marketing term.

Corn, soybeans, beet sugar and canola are common food ingredients often grown from GMO seeds. The scientific consensus and regulatory opinion – at least in the U.S. – is that GMOs are safe. But there’s a growing mistrust of GMOs among consumers.

North America has historically been more comfortable with GMOs than the rest of the world, a fact borne out by Nielsen. On this continent, only 32 percent of consumers considered GMO-free as a very important health attribute, compared to 47 percent in Europe and 46 percent in Latin America