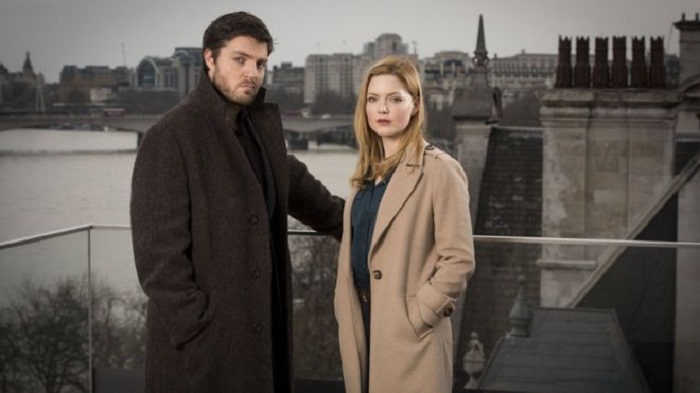 The first adaptation of JK Rowling's crime books, written under her pseudonym Robert Galbraith, starts on Sunday on BBC One.

Here's all you need to know about Strike - The Cuckoo's Calling.

After a fashion model falls from the window of her apartment, her death is ruled to be suicide.

Private investigator Cormoran Strike is hired to discover whether she was actually murdered.

But the story is just as much about the growing friendship between Strike and Robin Ellacott, his new temp.

The mini-series, which follows the book very closely, is an adaptation of the first Cormoran Strike book The Cuckoo's Calling.

Her identity as the writer of The Cuckoo's Calling was revealed by a Sunday newspaper shortly after the book was published.

A lawyer was later disciplined by the Solicitors Regulation Authority for breach of confidentiality after he admitted telling a close friend who Robert Galbraith really was.

Was JK Rowling the reason it was snapped up for TV?

Apparently not. In the past JK has said: "At the point I was 'outed', Robert had sold 8,500 English language copies across all formats (hardback, eBook, library and audiobook)."

She also pointed out that there had been two offers from TV companies before it became known that she was the author.

Who is Cormoran Strike?

A sometimes gruff former Army officer who served in the Special Investigation Branch, which investigates offences related to the military.

He lost part of his leg while serving in Afghanistan and is the illegitimate son of rock star Jonny Rokeby.

Who is Robin Ellacott?

Cormoran Strike's intelligent and resourceful new temp. She studied psychology at university but dropped out for reasons that are revealed in a later story.

She's engaged, but her fiance is unhappy with her working for a private investigator.

Are any other Cormoran Strike novels being adapted?

Yes. The Silkworm and Career of Evil have already been adapted into two two-part stories.

The Silkworm, which sees Strike and Ellacott investigate the disappearance of a controversial author, will be broadcast straight after The Cuckoo's Calling.

Career of Evil, which sees Strike being targeted by a figure with a grudge from his past, will be broadcast at a later date.

Are there more Cormoran Strike books on the way?

Yes. JK Rowling has said she has ideas for several more stories. Four months ago she revealed that the title of the fourth book will be Lethal White.

She's also told me that the story will pick up straight after a crucial event at the very end of Career of Evil.

Strike - The Cuckoo's Calling begins on BBC One on Sunday at 21:05 BST.