The Ministry of Utmost Happiness now with digital twist 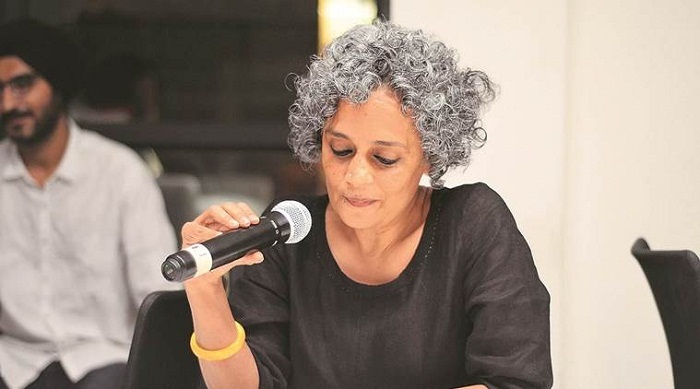 The Ministry of Utmost Happiness, Arundhati Roy’s second novel after 20 years, is no longer just in book form.

On Wednesday evening, at a small gathering at the Itu Chaudhuri Design Studio (ICD) in Delhi, the book came to life in a digital avatar through the Re:Reader.

A project conceived by Lisa Rath of ICD, the Re:Reader offers a digital, and yet, a rather intimate experience of the novel — chapter by chapter, the website explores the Utmost world through extracts, animation, Roy’s voiceovers, and a variety of typography.

“I’d call it Utmost Perennial. It’s a new, fun way of introducing a book to people who haven’t read it, and another way of enjoying it for people who have. And it’ll be out there — everywhere — without an expiry date,” said Roy at the launch.

In a phone conversation, Rath chats about how the Re:Reader came to be:

How did the idea of the Re:Reader come to you?

It came about a month or so before the book was to be released. Arundhati and I were talking to each other and wondering if there was an interesting way to present the book to the world at large; to go beyond videos and interviews. I told her that it wouldn’t be a promotional piece, rather, it would be an experimental one. We discussed the idea of something on the web and she liked it very much. She gave me a copy of the novel to read and I started visualising what it could be like.

How did you pick which parts of the book would make it to the Re:Reader?

When I began reading, I could see that it had to be typographic and elegant; I picked parts of the novel that I could emote to, purely from my perspective. Arundhati had told me that one could begin reading the book from any chapter, that it wasn’t a linear read in her mind. I treated every chapter as its own, with its own animation, music, to bring out the different emotions the narrative evokes. But none of it reveals the characters or the roles they play. I don’t quote any portions that would give the story away; in places, I used animation instead of text, so that readers could wonder about the relationship between them.

How long did it take to complete the project?

It took us roughly two-three months. We were experimenting a lot with the coding bits, on how to get the timing of certain things right. I had the idea and the design, but it had to be conveyed to the developer.

The Re:Reader also increases the shelf-life of the novel, or any novel that is given this treatment.

Yes, once it is on the web, it is immortal. A lot of people might not read the reviews of the book, but maybe they’d stumble upon the site and engage with it. I am experimenting with the web because, usually, it offers instant gratification. I wanted to push the boundaries and see if something online can urge us to go deeper, can be immersive and timeless. I’d be interested to do this with more books; I’m reading White Tears by Hari Kunzru and since I’m in this headspace, I’m constantly thinking of how that will translate on Re:Reader.