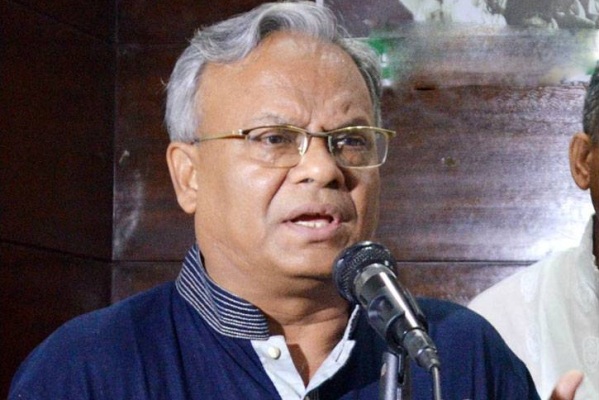 BNP senior joint secretary general Ruhul Kabir Rizvi has alleged that the government has no mechanism to ease the sufferings of the flood-hit people as it is busy 'hatching a plot to perpetuate its misrule'.

"Though there's a deficit of food stock in the country, the government is lying about it. They also have no preparation to ease the sufferings of flood victims and tackle the natural disaster," he said.

The BNP leader came up with the comments on Monday while distributing relief materials among 1,200 flood victims at Behlakopar Hanagarh in municipality area and Pachgachi union of Kurigram.

Rizvi said the government has no visible activity to stand by the flood-affected people with adequate relief materials and other necessary support. "We've seen they (ministers) are going to one or two urban areas (to visit flood victims) and returning to Dhaka after photo sessions and feast."

The BNP leader claimed their party leaders and activists are visiting all the flood-affected areas with relief materials under the supervision of the party's central relief committee.

He came down hard on the ruling party leaders for what he said taking an unlawful stance against the judiciary following the Supreme Court's verdict that cancelled the 16th amendment.

The BNP leader said the ruling party leaders have got unnerved as the apex court in its observations of the verdict depicted the country's real scenario.

Rizvi accused the government of putting pressure on Chief Justice SK Sinha to change the verdict. "They're making various evil efforts to force the Chief Justice to act as per their will."

The BNP leader said Awami League had been "obliterated because of establishing Baksal by Bangabandhu Sheikh Mujibur Rahman in 1975. The party got revived during the rule of BNP founder Ziaur Rahman."

Later, Rizvi provided each of the flood victims with 5 kg rice, one kg potato and half kg pulse and salt on behalf of BNP.