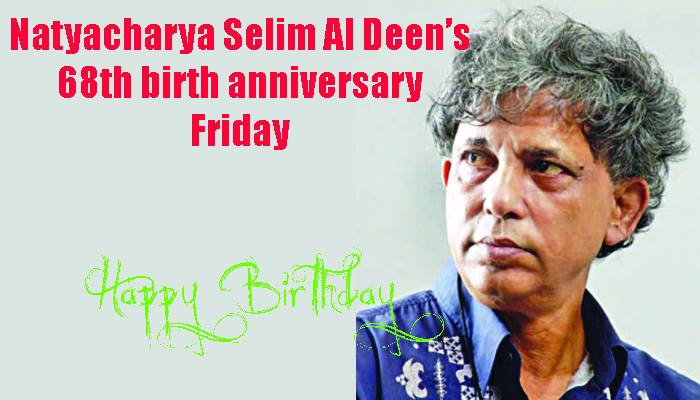 The 68th birth anniversary of Natyacharya Selim Al Deen will be observed on Friday with due respect.

Dhaka Theatre in association with Bangladesh Gram Theatre, Selim Al Deen Foundation and Bangladesh Shilpakala Academy will organise a six-day festival while a three-day festival will be arranged by Swapnadal.

The celebrations will begin on Friday by placing floral wreaths at the playwright's grave at Jahangirnagar University at 9am by the artistes of Dhaka Theatre and Swapnadal.

A seminar will be held on Selim Al Deen's 'Shakuntala' at 3:30 pm on the first day of Dhaka Theatre's festival.

Selim Al Deen who is known as 'Natyacharya' was born on August 18, 1949 in Feni. He joined Jahangirnagar University in 1974 at the Bangla Department and later he became the founder chairperson of the Department of Drama and Dramatics of the university.