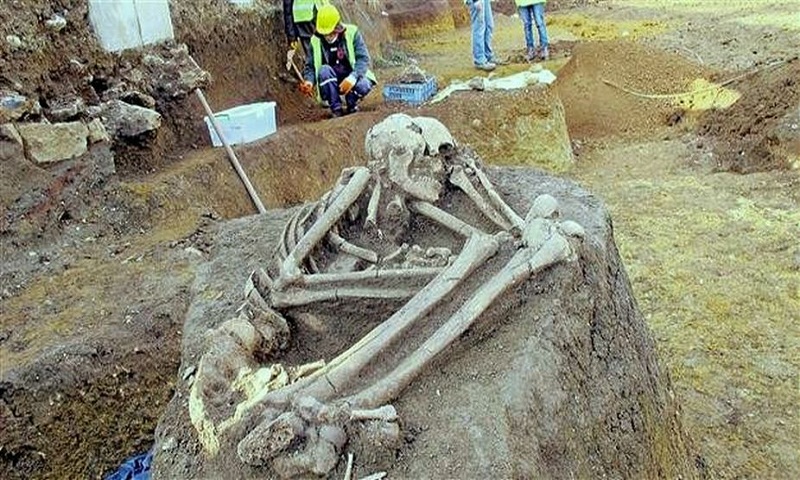 Archeologists have unearthed Neolithic remains believed to be dating back to 6,000 years during a new metro line construction in central Istanbul.

Neolithic circular structures and urn type burials were discovered by the Istanbul Archeology Museum experts at the construction site of the subway station in Besiktas district, Xinhua news agency reported.

According to the experts, the discovery will reveal important information that would shed light on the history of Istanbul and the Bosphorus Strait separating the city’s Asian and European sides.

“This discovery located at the very center of the city will definitely fill an important gap in the history of the region between 6,500 and 3,000s B.C.,” Itir Bayburtluoglu, an archeologist told Xinhua.

“I believe it will disclose significant information about the early settlement alongside the strait, one of the world’s most important sea routes connecting the Black Sea and the Aegean Sea,” she said.

In April, archeologists have first unearthed some 19th and 20th century ruins at the same site.

Following that discovery the authorities have slightly shifted the location of the metro station allowing the experts to dig further the bottom layers.

In Bayburtluoglu’s view, the site likely hosts more artifacts belonging to the earlier periods and they could be retrieved as the excavations move forward.