Polls to 14 local bodies postponed due to flooding 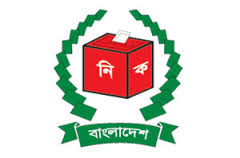 The Election Commission on Wednesday postponed elections and by-elections to some 14 local bodies, including newly formed Karnaphuli upazila in Chittagong, due to flood and natural disaster.

The polls and by-polls are scheduled to be held on August 20, said Director (PR) at the EC Secretariat SM Asaduzzaman, reports BSS.