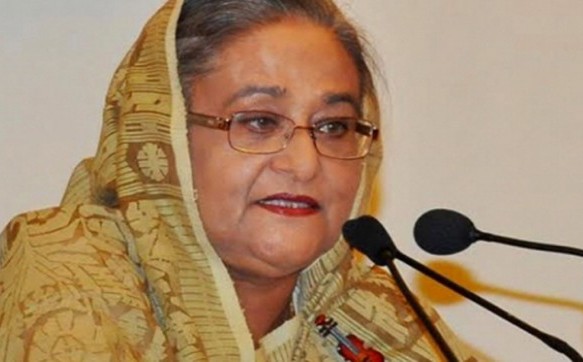 Renewing her allegation that Khandaker Mostaque and Ziaur Rahman had their part in the conspiracy to kill Father of the Nation Bangabandhu Sheikh Mujibur Rahman along with most of his family members, Prime Minister Sheikh Hasina has urged people to remain alert about those who want to push the country backward.

"We want to take the country forward, but still there're some people who want to push it backward. The country's people will have to remain alert about them," she said.

The Prime Minister was addressing a discussion on Wednesday organised by Awami League at the Bangabandhu International Conference Centre marking the 42nd anniversary of martyrdom of Father of the Nation Bangabandhu Sheikh Mujibur Rahman, reports UNB.

Earlier, a one-minute silence was observed in memory of the martyrs.