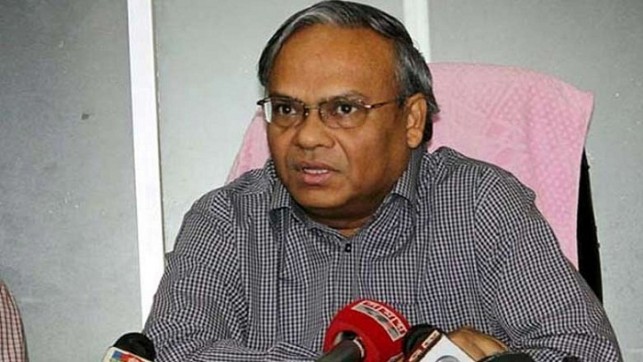 BNP senior joint secretary general Ruhul Kabir Rizvi has alleged that the government has no visible relief activity to ease the sufferings of flood victims at different parts of the country.

"There's no effort in sight from the government side to stand by the flood victims across the country with relief materials and move the affected people to safer places," he said.

The BNP leader came up with the comment on Wednesday while speaking at a milad and dola mahfil arranged by Jatiyatabadi Mohila Dal at the party's Nayapaltan central office, marking party chairperson Khaleda Zia's 73rd birth day.

Under these circumstances, Rizvi said, their party chief sent out an emergency message from London asking party leaders and activists to visit the flood-hit areas immediately with relief materials.

"A huge number of people still remained marooned. Even, it won't be possible for them to cook if they're given rice and pulses as water is everywhere around them. The floodwater is surging through roads and rail lines," he observed.

Rizvi said the flood victims are going through immense sufferings as adequate food, water and other essentials could not be sent for them. "The country's silos are empty."

The BNP leader said the government is giving only lip services instead of taking any effective step to stand by the flood-affected people with necessary relief and supports.

Later, a munjat was offered seeking divine blessings for Khaleda's long and healthy life, and her early recovery since she underwent a surgery in her right eye last week in London.

Earlier on Tuesday, BNP leaders and activists celebrated her 73rd birthday through holding a doa and milad mahfil instead of cutting any cake.