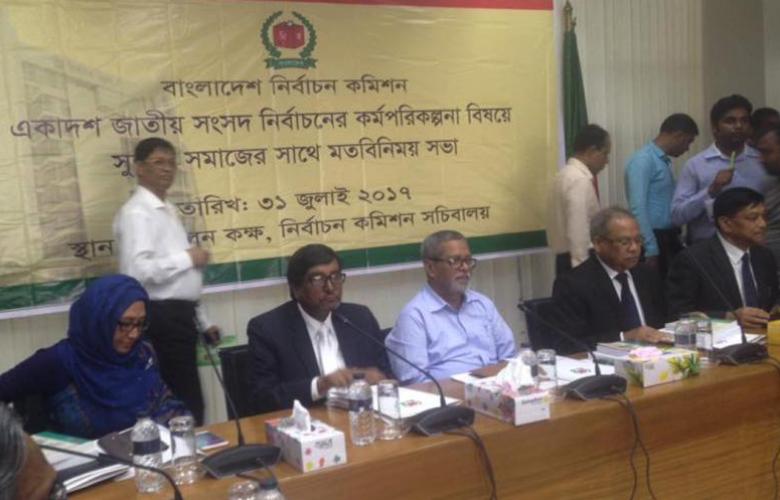 The Election Commission (EC) will hold talks with senior journalists today to discuss issues related to the next parliamentary election.

On both the days, the discussion will begin at 10:00am at the EC office.

The Chief Election Commissioner, four election commissioners and the acting EC secretary will hold the dialogue.

The dialogue with 40 registered political parties is set to kick off on August 24, said the EC officials.

On the 1st day, the EC will separately hold dialogues with Bangladesh Nationalist Front and Bangladesh Sangskritik Muktijote.

The dialogue with BNF will begin at 11:00am while the other session with Sanskritik Muktijote will start at 3:00pm, they said.

On August 28, the EC will hold dialogues separately with Bangladesh Muslim League and Khelafat Majlish.

On August 30, dialogues will be held separately with Bangladesh Revolutionary Workers Party and Jatiya Ganatantrik Party, also known as JAGPA.

On July 31, the EC held talks with 40 civil society members and most of them demanded army deployment during the polls and restoration of the ‘no vote’ option.