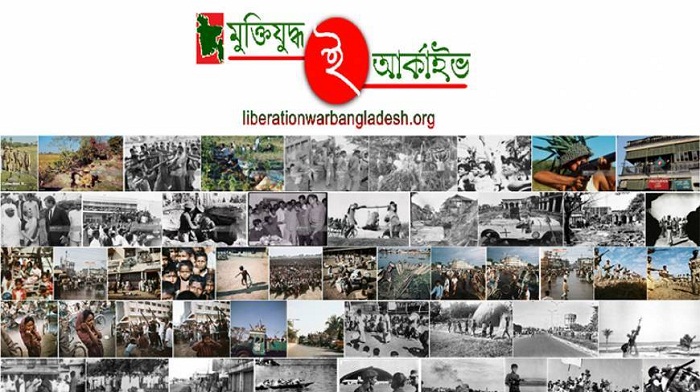 Organisations and individuals are taking to the internet to inform and educate the audiences, especially the young generation about the country’s glorious liberation war.

Hundreds of liberation war-based websites and applications are available now to inform the global audience about the history of the country’s liberation struggle and inspire the country’s young generation to embrace the spirit of the glory and sacrifice embedded in the liberation war.

Millions of people can access to in-depth information on the liberation war of Bangladesh from any part of the world on these websites and applications.

Besides, the history of the liberation war is also being highlighted on social media platforms, including Facebook and Twitter.

The nation launched the war of liberation at the call of Father of the Nation Bangabandhu Sheikh Mujibur Rahman in the early hours of March 26.

The valiant Bengalis claimed the victory on December 16 after a long nine month of armed struggle, sacrificing a lot of lives and huge bloodshed.

However, anti-liberation forces did not stop there.

Within three and a half years of the independence, the anti-liberation forces assassinated Bangabandhu along with his family members on August 15, 1975.

After that, many attempts were initiated to distort the real history of the liberation war and create controversy around the history of the birth of the country.

But the youths who are eager to know the root of the independence have been resisting the anti-liberation forces.The liberation war-based websites and applications have been a key instrument for the youths to keep upholding the true history and resist all the conspiracies against the nation’s glorious liberation war.

Often times, the defected forces of 1971 carried out propaganda through the internet about the liberation war, the number of martyrs, and the extent of the genocide committed during the war.

The websites and applications established by different organisations and individuals have been upholding the glorious history of liberation by tackling all the distortions and propaganda in the digital world.

The Muktijuddho e-Archive is the largest website on liberation war which contains a variety of archived documents, magazines, news clippings, lists of freedom fighters along with other relevant lists, more than a hundred documentaries, movies, thousands of video-audio footage and about 5,000 pictures on the liberation war.

These liberation war documents have been collected from various collectors, British libraries, American libraries of congresses, Sweden and various libraries in Australia, from local and foreign archives. A total of 122,165 readers are already registered on the site.

Shanta Anwar, president of the Muktijuddho e-Archive, said, “This archive was launched in 2007 as ‘Bangladesh Liberation War Library and Research Center’ with the help of some university students. Information and documents were collected from home and abroad as now the achieve hosts about 15 terabytes of data on the liberation war.”

On January 25, Muktijuddho e-Archive released some 5,000 photos of the war-hit country taken by photographers from across the world.

The photos testify to the genocide and atrocities carried out by the then Pakistani occupation forces, plights of the refugees, training and operations of the freedom fighters, and the celebration of victory. The archive also has a bulk collection of photos of Bangabandhu and the erstwhile political movements.

Mostly in black and white format, the photos were collected from personal albums and the stock photography archives of Magnum, Getty, AP, Hulton, Bettmann and Majority World. Some of the photos were published in international newspapers.

Martyred intellectual Dr Alim Chowdhury’s daughter Nuzhat Chowdhury Shampa said the virtual world also has a unique contribution to developing the spirit of the liberation war among the young generation.

“We have observed the uprising of the youth in Shahbagh in 2013. This trend should continue,” she said.