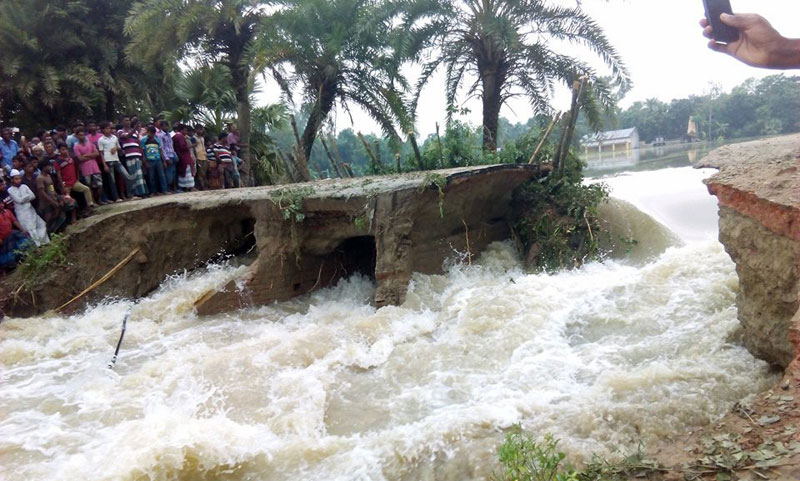 Five more embankments in Naogaon’s Raninagar upazila have been broken due to intermittent rain for three days at a stretch and onrush of water from upper lands. The incidents cause more and more areas inundated.

The broken points of the flood control embankments of the Chhoto Jamuna river stands at Betgari, Ghoshgram and Krishonpur of the upazila.

Around two lakhs of people in the district have been stranded and marooned by flood water. Road connection has been snapped. Thousands acres of crop land and ponds have been washed out.

Upazila Nirbahi Officer of Raninagar Sonia Binte Tabib said, “The flood affected areas are under surveillance. Collecting of data of the affected people and families is underway. A medical team has already sent to the area. Moreover, three metric ton of rice have been allotted in emergency basis for the distressed people.”

Deputy Commissioner Dr. Aminur Rahman on Monday visited the affected areas and promised to deliver relief. But no relief is yet to reach to the affected people till filing the story.