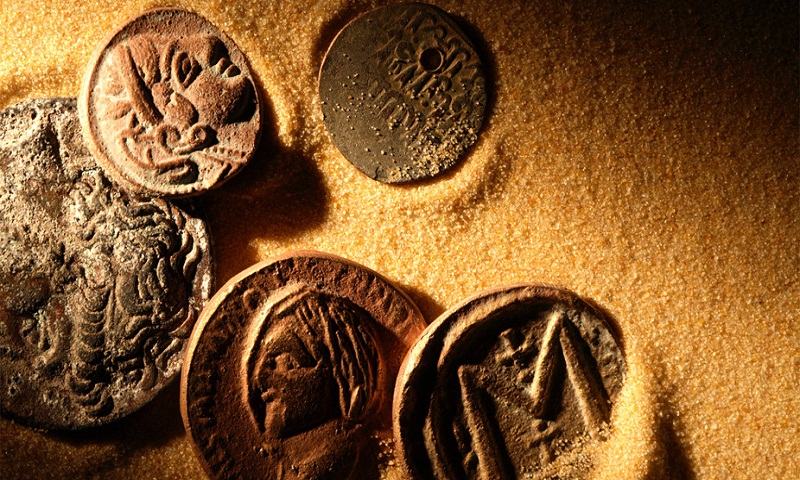 The defeat of the Carthaginian general Hannibal – regarded as one of the greatest military commanders in history – in the Second Punic War from 218-201 BC paved the way for the transition of Rome from a regional power to an Empire, an analysis of ancient Roman coins has shown, reports Ians.

The findings, being presented at the Goldschmidt geochemistry conference in Paris, confirm what has earlier been only speculation.

The Second Punic War, where Hannibal famously marched his elephants across the Alps in a failed attack on Rome, has been regarded as one of the pivotal events of European history.

Rome entered the war as the dominant power in Italy, but emerged an empire. The war led to the conquest of the Iberian Peninsula, with the Romans gradually gaining control over the lucrative Spanish silver mines from around 211 B.C.

Revenues from the rich Spanish silver mines coupled with booty and extensive war reparations from Carthage, helped fund the expansion of its territory.

“This massive influx of Iberian silver significantly changed Rome’s economy, allowing it to become the superpower of its day. We know this from the histories of Livy and Polybius and others, but our work gives contemporary scientific proof of the rise of Rome,” said Katrin Westner of the Institute for Archaeological Sciences, Goethe University, Frankfurt, Germany.

“What our work shows is that the defeat of Hannibal and the rise of Rome is written in the coins of the Roman Empire,” Westner added.

The researchers analysed 70 Roman coins dating from 310-300 BC to 101 BC, a period which bracketed the Second Punic War.

Using mass spectrometry, they were able to show that lead in the coins made after 209 BC has distinctive isotopic signatures which identified most of the later coins as presumably originating from Spanish sources.

The changing origin of the coin bullion is mirrored by differing ratios of the lead isotopes which serve as geological clocks recording the formation age of the ores used to extract the silver.

After 209 BC, the lead isotope signatures mostly correspond to those of deposits in southeast and southwest Spain or to mixtures of metal extracted from these districts.

“Before the war we find that the Roman coins are made of silver from the same sources as the coinage issued by Greek cities in Italy and Sicily. In other words the lead isotope signatures of the coins correspond to those of silver ores and metallurgical products from the Aegean region,” Westner said.

“But the defeat of Carthage led to huge reparation payments to Rome, as well as Rome gaining high amounts of booty and ownership of the rich Spanish silver mines. From 209 BC we see that the majority of Roman coins show geochemical signatures typical for Iberian silver,” Westner added.