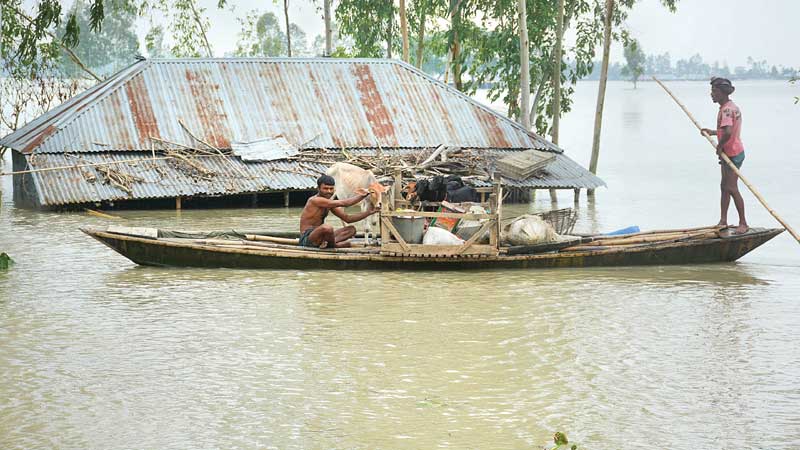 According to sources, the water level of the river was flowing 133cm above the danger level.

Around three lakh people of 40 unions and three municipalities of five upazilas were affected by the floodwaters.

Mirza Shamsul Alam, station master of Jamalpur Railway Station, said that the train communication on Jamalpur-Dewanganj and Jamalpur-Islampur routes remained suspended since Monday night as the rail tracks in Dhurmut and Islampur had gone under water.

A total of 20,968 hectares of aman, ropa aman and other croplands have been inundated by floodwaters.

Besides, academic activities of 180 government primary schools have come to a halt as the schools have been flooded, said Shahidul Islam, district primary education officer.

Meanwhile, the district administration distributed 48 metric tonnes of rice and Tk 1.20 lakh in cash to the flood-affected people in five upazilas.