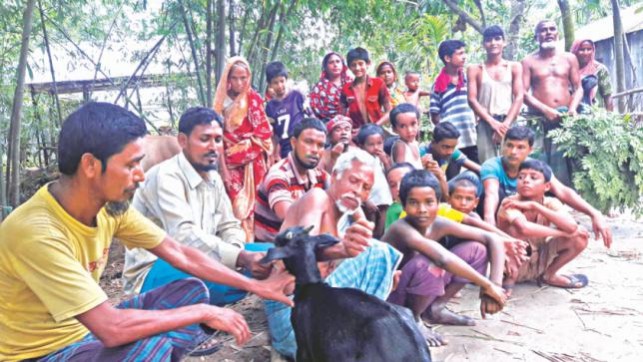 The Indian flood-affected victims, who took shelter in Bangladesh, said that they would have been washed away by the floodwaters if BGB men would not help them.

They are now staying at the houses, open space and on the roods in two unions of the upazilas.