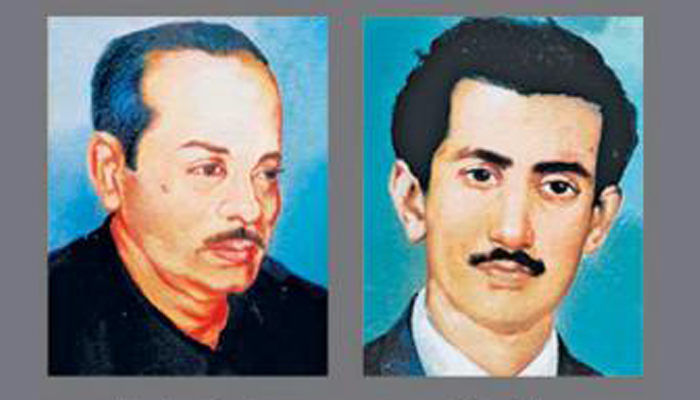 Forty-two years have elapsed but justice remains elusive in three cases filed over the murders of 24 people, including Sheikh Fazlul Haque Moni and Abdur Rab Serniabat, due to inaction and negligence of officials concerned of the government.

On August 15, 1975, a group of disgruntled army officials killed the then President Bangabandhu Sheikh Mujibur Rahman, the architect of Bangladesh’s independence, along with most members of his family.

The assailants also killed Bangabandhu’s nephew and founding chairman of Awami Jubo League Sheikh Fazlul Haque Moni and his wife Arzu Moni at their Dhanmondi residence on that night.

In other attacks, Bangabandhu’s brother-in-law and the then water resources minister Abdur Rab Serniabat was killed at his Minto Road residence in the capital while a mortar assault by a group of army personnel killed 14 in Mohammadpur.

Although the nation got justice for the assassination of Father of the Nation Bangabandhu Sheikh Mujibur Rahman and his family members, the trial of the killings of 24 others, including Serniabat and Sheikh Moni, is yet to be completed.

The three cases were filed in 1996 over these killings. Two of them are still on the backburner while all the accused in the case filed over Sheikh Moni murder were acquitted by a lower court following a final report of police.

Law Minister Anisul Huq and Attorney General Mahbubey Alam said on several occasions that they would take steps for disposal of the pending cases, but their offices are yet to make any move in this regard.

When asked, Mahbubey Alam on Sunday said that he was unaware of the present status of the cases.

In the early hours of August 15, a group of army personnel led by Maj Shahriar Rashid, Maj Aziz Pasha, Capt Majed and Capt Nurul Huda stormed Serniabat’s residence on 27 Minto Road, gathered the residents in a room and shot them.

Nine others were severely injured. However, Abul Hasnat Abdullah, son of Serniabat, survived hiding behind a door.

Hasnat’s wife Shahan Ara Begum, who was one of the injured, filed a case with Ramna Police Station accusing 18 people on October 21, 1996.

On July 30 in 1997, police submitted charge sheet against the 17 accused while the trial started at Dhaka First Additional Metropolitan Sessions Judge Court on October 4, 1999.

Later, the High Court stayed the proceedings of the case following a petition filed by Bazlul Huda, one of the accused executed for Bangabandhu’s murder.

Public Prosecutor Abdus Sattar Dulal of the court said, “The case is still pending with the court due to the stay order of the higher court.”

In the early hours of August 15, fourteen people were killed by mortar shells fired by a group of military personnel in Mohammadpur area.

Mohammad Ali, a resident of Mohammadpur area, filed a case with Mohammadpur Police Station on November 29, 1996 accusing Syed Farooq Rahman and 10 others over the incident.

Ali mentioned in his case statement that he went to House-196 and 197 on Shahjahan Road in the area where he saw bodies of Habibur Rahman, Anwara Begum, another lady by the same name, Moyful Bibi, Sabera Begum, Abdullah, Rafiqul, Safia Khatun, Shahabuddin, Kasheda, Aminuddin and Honufa Bibi, all killed in mortar fire.

The CID submitted charges against 17 accused in July 1997 for the incident.

The trial started on November 1, 2006 but it remains pending with the Dhaka Fourth Additional Metropolitan Sessions Judge’s Court due to non-appearance of the witnesses.

Fourteen prosecution witnesses, out of 58, have so far testified.

Court sources said prosecution lawyers have failed to produce any witness in the last three years since Ramij Uddin had testified as 14th witness before the court on April 24, 2014.

Expressing frustration over the sluggish proceedings, plaintiff Mohammad Ali, also a freedom fighter who was injured in the attack, on Sunday told this correspondent that “I want justice and also want to die after seeing judgment in the case.”

A group of 25 to 30 army men surrounded Sheikh Moni’s house-170 on Road 13/1 in Dhanmondi around 1:30am on August 15, 1975. Carrying Sten gun and Chinese rifle, eight to ten of them in black uniform went up to the first floor and got down after firing shots, said the case statement.

Moni’s close aide Mohammad Shahabuddin, who was on the ground floor, went upstairs and saw Moni and his wife Arzu lying on the floor in a critical condition.

Sheikh Maruf, younger brother of Moni, turned up there. Arzu cried to Selim for help and asked him to save them and their two sons -- Sheikh Fazle Shams Porosh and Sheikh Fazle Noor Taposh.

Shahabuddin, Selim and Maruf took Sheikh Moni and Arzu to Dhaka Medical College and Hospital where doctors declared them dead.

After the incident, Shahabuddin filed a case with Dhanmondi Police Station on November 20, 1996 accusing 16 people, including former deputy minister Taheruddin Thakur, in the case.

After investigation, CID gave the final report clearing the accused in the case on August 22, 2002.

Accepting the CID’s report, a Dhaka Court on December 30, 2002 acquitted all the accused without notifying the complainant of the case.

Legal experts said the government can revive this case and ensure justice for the victims by conducting a further investigation, if they want.