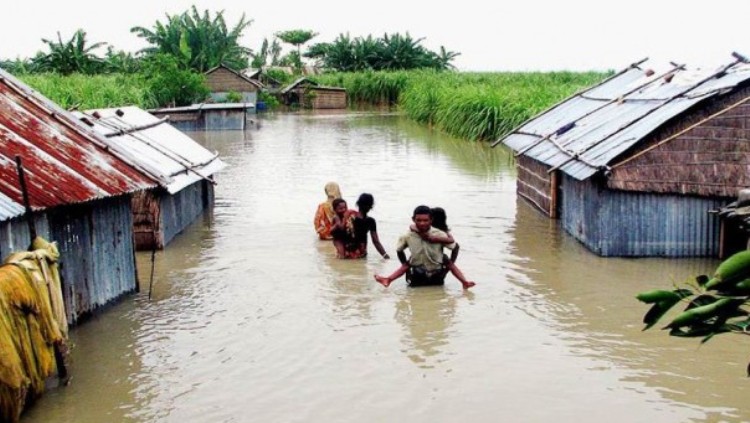 The country’s flood situation will worsen further over the next three days inundating many new areas, adding woes to flood victims.

According to a special flood bulletin of the Flood Forecasting and Warning Centre issued on 11 am on Monday, the water level in the Brahmaputra River many swell by 45 centimetres in the next 72 hours, reports UNB.

The flood situation has deteriorated in the country’s north and northwest areas of Brahmaputra and Meghna basins in the last 4-5 days and it may hit new areas of the country’s central region.