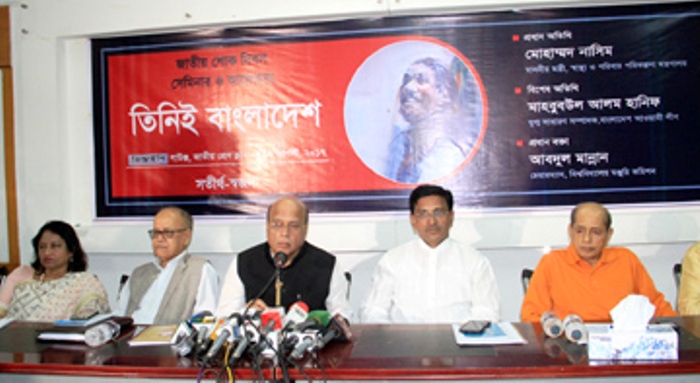 "Plotting begins again against the country's rapid progress done by the incumbent government," he told a discussion at Jatiya Press Club (JPC) in the capital on Monday.

Satirtha-Swajan organised the discussion on "He is Bangladesh" marking the 42nd martyrdom anniversary of Father of the Nation Bangabandhu Sheikh Mujibur Rahman and the National Mourning Day, reports BSS.

Chairman of board of directors of Bangladesh Sangbad Sangstha (BSS) and noted journalist Rahat Khan presided over the function.

He added: "To stop Sheikh Hasina, the new conspiracy is started and the plotters' main target is to impede Sheikh Hasina."

The next general election, he said, would be held under Prime Minister Sheikh Hasina.