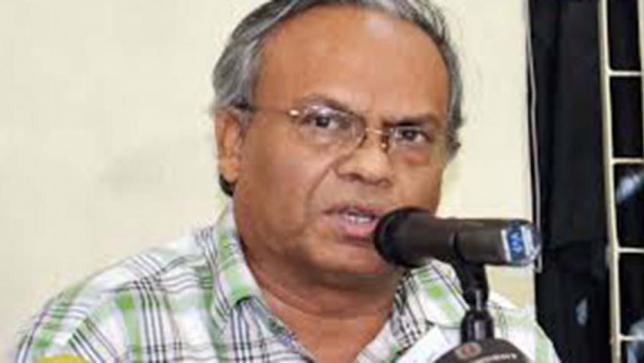 “There’s a legal process to file a review petition against the verdict. But, they (AL leaders) are putting pressure and making unguarded remarks against the Chief Justice to change the verdict by force,” he said.

Speaking at a doa and milad mahfil, he also said the verdict cannot be changed by creating pressure on the Chief Justice as the country’s people will not let it happen, reports UNB.

Jatiyatabadi Swechchasebak Dal arranged the programme at BNP’s Nayapaltan central office on Monday seeking early recovery of its chairperson Khaleda Zia who underwent a surgery in her right eye in London last week.

Rizvi said the 16th amendment verdict has created a scope for people to heave a sigh of relief from a suffocative situation. “But, the ruling party is trying to destroy it to continue its one-party misrule.”

The BNP leader said the ruling party leaders are making reckless comments against the judiciary and the Chief Justice as the 16th amendment verdict has put an obstacle for them to staying in power illegally.

He criticised Commerce Minister Tofail Ahmed for his comment that the Chief Justice has created a ground for BNP for a fresh comeback in politics through some observations in the verdict, saying the minister’s comment has proved that Awami League does not believe in the rule of law.

“Why should BNP remain out of politics? In a democratic system, if one party runs government, another will remain as opposition and the government will be changed through polls,” the BNP leader said.

He alleged that Awami League is trying to eliminate opposition parties through repressive acts as it has lost its democratic character.

Rizvi also came down hard on ex-Chief Justice and Law Commission Chairman ABM Khairul Haque for holding a press conference reacting to the Supreme Court verdict. “He (Haque) is a puppet of Awami politics.”

He also said Haque has sold his soul to Awami League for Tk 10 lakh for treatment and a job in the Law Commission.