Agencies must carry pilgrims with Saudi visa after Aug 20: Menon 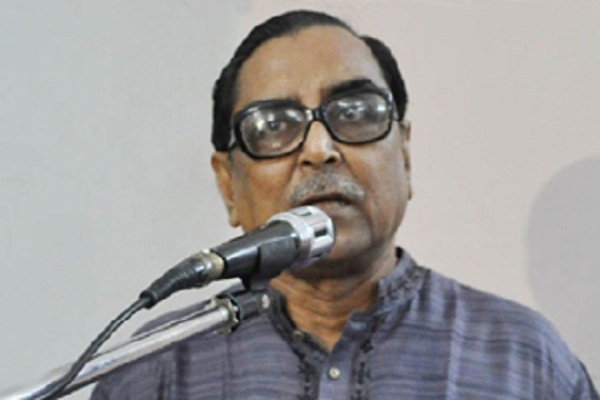 Civil Aviation and Tourism Minister Rashed Khan Menon has said the hajj agencies will have to take responsibility of sending hajjis with visas to Saudi Arabia after August 20.

"We have received allegations that many hajj agencies have rented houses for hajjis in Saudi Arabia from August 20," he said, adding "If this is true, it will be very hard to tackle the pressure of arranging flights and flight slots to send the hajjis after August 20. So the hajj agencies will have to take the responsibility of sending the hajj pilgrims to Saudi Arabia to evade disaster,"

He came up with the observations while addressing an emergency meeting held at Biman Bangladesh Airlines headquarters in capital's Kurmitola on Monday, reports BSS.

The minister revealed that passports of around 15 thousands hajj pilgrims are yet to be submitted for visa and 16 hajj agencies have not sent a single hajj pilgrims till now.

Menon said the government has adopted comprehensive initiative to ensure smooth management of hajj flight and would not tolerate any kind of negligence in this regard.

"We would not tolerate any negligence, illegal activities or non- cooperation, which can interrupt the hajj flight management. We would take legal actions against the concerned people for this," he added.

Menon also said, "Biman was forced to cancel 22 dedicated hajj flights so far due to lack of passengers, which has incurred financial loss and caused image crisis for the national flag carrier."

A total of 62,547 hajj pilgrims have already left the country for Jeddha by Biman Bangladesh and Saudia Airlines to perform hajj.