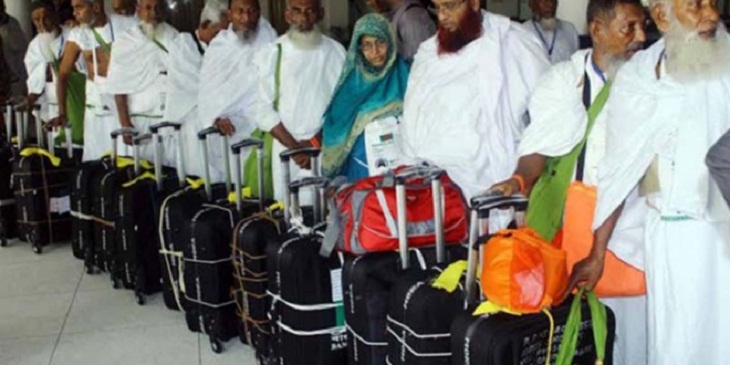 Amid deepening crisis over carrying intending hajj pilgrims to Saudi Arabia, the government is planning to extend hajj flight operations till August 28 from August 26, reports UNB.

The government also expects that a Malaysian aircraft, taken on lease, will start carrying Bangladeshi hajj pilgrims on August 20.

Civil Aviation and Tourism Minister Rashed Khan Menon came up with the updates at an urgent hajj-related meeting held at Biman headquarters on Monday.

"Biman, as national flag carrier, is trying to ensure smooth ferrying of pilgrims. A request letter will be sent to General Authority of Civil Aviation, the Kingdom of Saudi Arabia, to extend hajj flight operation from August 26 to August 28," Menon said.

He said some 22 flights of Biman Bangladesh Airlines have been cancelled due to lack of adequate number of hajj pilgrims.

"This created image crisis for the national carrier with financial loss though Biman was not responsible for this," Menon said.

Biman will either cancel or reduce national carrier's other flights on various international routes to carry hajj pilgrims using additional seven slots with 14 newly availed of slots for flights operation, he said.