Govt out to stage drama over 16th amendment verdict: Fakhrul 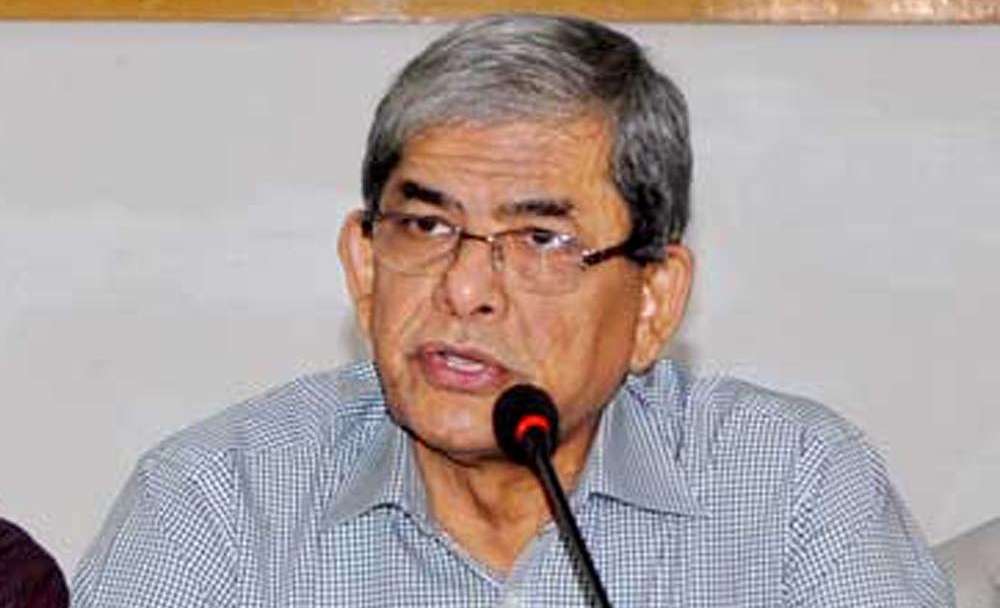 BNP secretary general Mirza Fakhrul Islam Alamgir has alleged that the government is trying to stage a drama over the Supreme Court’s verdict that revoked the 16th constitutional amendment.

“The government is out to make a drama over the 16th amendment verdict as it has exposed that Awami League has no legitimacy to stay in power. It has also clearly manifested that the party has no moral ground to run the government,” he said, reports UNB.

Fakhrul came up with the remarks while talking to journalists  on Monday during his visit to different flood-affected areas in the district.

The BNP leader said their party is considering the apex court’s verdict as a historical and significant document as it has revealed the truth and the ruling party’s real colour.

He said it is Awami League’s old habit to oppose the court verdict which goes against its interests.

“We strongly condemn the Awami League’s efforts to stir a controversy over the Supreme Court’s 16th amendment judgment,” Fakhrul said.

He hoped that good sense will prevail upon the government to hold a fair election under a non-party supportive government through talks with political parties.