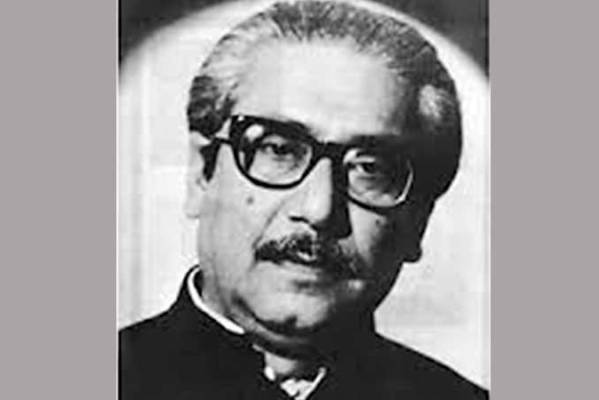 The ruling Awami League (AL) has chalked out elaborate programmes to observe the National Mourning Day with paying rich tribute to Father of the Nation Bangabandhu Sheikh Mujibur Rahman on his 42nd anniversary of martyrdom.

The killing of Bangabandhu and most of his family members on the fateful night of August 15, 1975 is the ugliest chapter of the nation's history.

The self-confessed killers of August 15 did not assassinate Bangabandhu alone, but also killed 16 other members of his family, friends and relatives, reports BSS.

Prime Minister Sheikh Hasina, the eldest daughter of Bangabandhu, escaped the planned assassination with her sister Sheikh Rehana as they were staying overseas then.

To mark the day, different units of AL and its front and associate bodies, and different socio-cultural, political and professional organizations also have taken various programmes, including paying tributes, placing wreaths, holding discussion meetings and distribution of food among the distress people to mark the day, AL sources said.

As part of the programme, AL will keep the national flag and the party flag at half-mast while black flag will be hoisted at the Bangabandhu Bhaban and all other party offices across the country.

Besides, the central AL, Dhaka North and South City unit of AL and other likeminded and associate bodies will place wreath at the portrait of Father of the Nation Bangabandhu Sheikh Mujibur Rahman at Bangabandhu Museum in the city with mourning processions.

The programmes also include placing wreaths, offering fateha and ziarat, and holding doa and milad mahfil at the Banani graveyard for all family members of the father of the nation and others, who embraced martyrdom with Bangabandhu on August 15, 1975 at 7 am and at the mazar of Bangabandhu Sheikh Mujibur Rahman at Tungipara in Gopalganj at 10 am respectively.

Special prayers will be offered at all mosques after Zohr prayers across the country. Prayers will also be held at the country's Temples, churches and other places of worship, they added.

Mahila Awami League will hold a doa and milad mahfil on the Bangabandhu Bhaban premises after Asr prayers.

Besides, marking the day, a discussion will be held at the Bangabandhu International Conference Center at 4 pm in the city on Wednesday with AL President Prime Minister Sheikh Hasina in the chair.

AL General Secretary Obaidul Quader urged all party leaders and activists to observe the day along with its front and associate bodies, different socio-cultural, political and professional organizations with due respect and solemnity.

In line with the central programme, he also called upon the party's all city, district, municipalities and union units to take various programmes to observe the day.