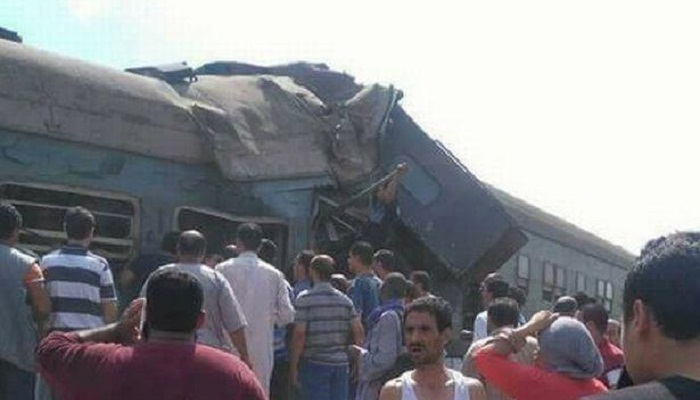 A train crash in Egypt has left at least 36 people dead and 109 others injured, al ahram online news portal reports.

Disaster struck when two trains – one travelling from Cairo, the other from Port Said – collided head-on in Alexandria, local media reports.

It is not immediately clear what exactly caused the crash, which saw the trains smash into each other head on by the Suez Canal.

But state TV quoted transport ministry officials as saying there had probably been a malfunction in one of the trains that brought it to a halt on the rails.

The other train is then believed to have crashed into it.

The head of the ambulance service in the city's western sector, Dr Mohamed Abu Homs, said the collision took place in the western suburb of Khorshid.

Footage broadcast on state television showed one train had partly keeled over in the crash, and medics were seen moving the dead and injured to ambulances.

Abu Homs said he fears the death toll and the number of injured could rise further.

It was the deadliest train accident in the North African country since a November 2013 collision between a train and a bus killed 27 people south of Cairo.

And 373 people lost their lives when a fire ripped through a packed train south of the capital in 2002.