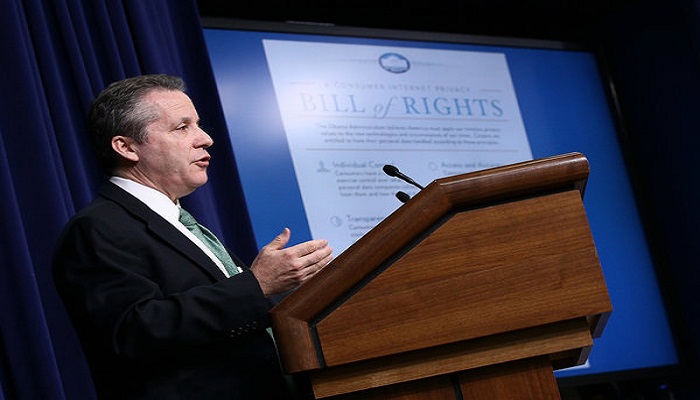 The Obama administration on Friday proposed a wide-ranging bill intended to provide Americans with more control over the personal information that companies collect about them and how that data can be used, fulfilling a promise the president had talked about for years.
But some privacy advocates immediately jumped on the proposed legislation, saying it failed to go far enough, particularly given the broad statements President Obama had made on the issue. They said the bill would give too much leeway to companies and not enough power to consumers.
There are already a number of federal laws, like the Fair Credit Reporting Act and the Video Privacy Protection Act, that limit how companies may use certain specific consumer records. The new proposed bill, the Consumer Privacy Bill of Rights Act, is intended to fill in the gaps between those statutes by issuing some baseline data-processing requirements for all types of companies.
“It applies common-sense protections to personal data collected online or offline, regardless of how data is shared,” the Obama administration said in a statement on Friday, “and promotes responsible practices that can maximize the benefits of data analysis while taking important steps to minimize risks.”
The proposal, at its core, calls on industries to develop their own codes of conduct on the handling of consumer information. It also charges the Federal Trade Commission with making sure those codes of conduct satisfy certain requirements — like providing consumers with clear notices about how their personal details will be collected, used and shared.
Companies that violate those requirements could be subject to enforcement actions by the commission or by state attorneys general.
The administration’s proposal, considered a discussion draft, would need a congressional sponsor before it could be officially introduced. Already, though, industry analysts said that the proposal, along with several other legislative efforts on commercial privacy, was unlikely to be enacted in a Republican Congress.
The White House effort comes during heightened public awareness about both government and commercial data-mining. And the proposal drew sharp reactions.
Some prominent legislators and privacy law scholars said the administration’s effort failed to endow citizens with direct and clear legal rights to control who collects their information and how they use it. And the bill, they say, largely puts companies in charge of defining their own criteria for fair and unfair use of consumers’ personal details.