Warren Buffett on his successor: We have our man 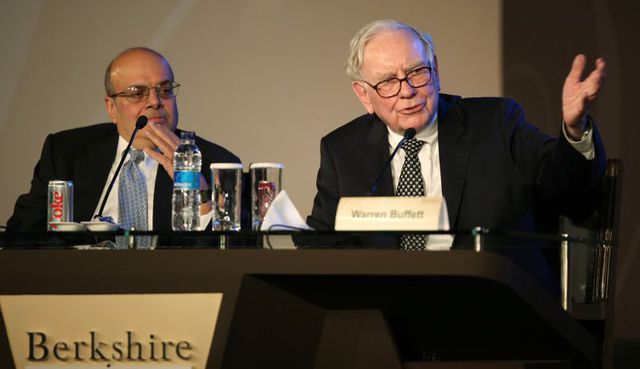 Warren Buffett’s successor is in the house. But that’s all the CEO of Berkshire Hathaway is saying.

Once again, in this year annual letter to Berkshire Hathaway BRK.A -0.48% shareholders, Buffett has not unmasked who the next CEO will be. But he does say as definitively as ever that the person has been picked and he has revealed a little bit more about who he is. (Buffett has already confirmed in the past that the next CEO of Berkshire will be a man.)

That’s more than Buffett has said in the past. But the fact that, once again, the next CEO of Berkshire has not been named may come as a disappointment to some.

This year’s letter is the 50th Buffett has written as the chairman and CEO of Berkshire Hathaway. And, as promised, a section of the letter is titled, “The Next 50 Years at Berkshire.” Some had speculated that meant Buffett would take the opportunity to name his successor. Some have said the fact that he hasn’t has been a drag on the company’s stock in the past, though it’s hard to see evidence of that.

Berkshire’s shares were up 27% in 2014, about double the market in general.
In his clearest statement on the subject so far, Buffett writes in this year’s letter, “Both the board and I believe we now have the right person to succeed me as CEO – a successor ready to assume the job the day after I die or step down.”

In previous annual letters, Buffett has said that Berkshire’s board knows who he would pick for CEO should that person be needed immediately. But he has left the door open to changing his mind later on. Buffett now appears appears to have closed that door.

Buffett also puts a very loose age range on the next CEO. He writes in this year’s letter that Berkshire’s directors believe the next CEO should be someone relatively young, who can be expected to run the company for at least 10 years. But Buffett says he doesn’t expect the board to pick someone who is likely to retire at 65, giving some wiggle room to how “relatively young” this person may be.

Buffett also says that his successor will be “vigilant and determined” at warding off the “ABCs of business decay, which are arrogance, bureaucracy and complacency.” Buffett says those are the three sins that have brought down companies that once sat “atop huge industries” but through bad behavior fell to depths their CEOs didn’t think possible. It’s noteworthy that Buffett includes General Motors GM -0.67% and IBM IBM 0.67% in that group, two stocks that are currently in Berkshire’s portfolio.

So, there you have it. Berkshire’s next CEO will be a 55-ish man who currently works at Berkshire and is not prone to mucking up what Buffett has built over the past 50 years. If you fit that description, congrats!

In the past, Berkshire watchers have kept a careful watch on which top lieutenants gets the most mentions in Buffett’s annual letter. This year, the clear winner is Ajit Jain, who runs Berkshire Hathaway’s largest insurance division. “[Jain’s] mind, moreover, is an idea factory,” Buffett writes in the letter. But at 63, Jain may be a little too old for the job, if Buffett sticks to his prescribed age range.

Todd Combs and Ted Weschler, Buffett’s back up investment managers, get a mention in the letter and praise for their investing abilities. And Buffett says he has handed over a bit more control to them.

Buffett says both managers have been given one of Berkshire’s smaller companies to look after and both are taking on the title of chairman of those firms. But, unlike in previous years, Buffett says nothing about the performance of Combs and Weschler’s investments in 2014. Fortune calculated that both lagged the market for the first time since joining Berkshire.

Buffett makes no mention in this year’s letter of Matt Rose, the chairman of BNSF, who Buffett has praised in previous letters and some have speculated is a front runner for the CEO job. Perhaps that’s ecause BNSF had a disappointing 2014, or perhaps Rose, 55, is out of the running. Only Buffett, and Berkshire’s board, knows.