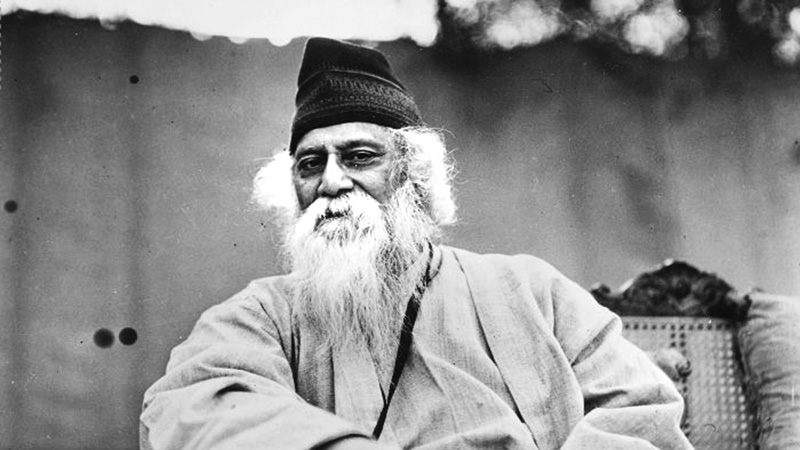 The 76th death anniversary of great poet Rabindranath Tagore is being observed on Saturday.

Different socio-cultural organisations have chalked out various programmes to mark the day.

As part of the national level observance, Bangla Academy will hold a cultural function and a special lecture at Abdul Karim Sahitya Bisharad auditorium on the academy premises at 4pm on today.

Noted engineer, researcher and environmentalist of West Bengal of India Arunendu Banerjee will deliver a lecture on "Environment, Culture of Construction and Rabindranath" on the occasion. Cultural Affairs Secretary Md Ibrahim Hossain Khan will join it as the chief guest.

The youngest of thirteen surviving children, Tagore, nicknamed "Rabi", was born on 25th of Bengali month of Baishakh 1268 (May 7, 1861) in the Jorasanko mansion in Calcutta to Debendranath Tagore and Sarada Devi.

In his long seven decades of endeavors in different genres of Bangla literature, the great poet enriched the Bangla language and literature and elevated their positions in the global arena.

Gitanjali (Song Offerings), Gora (Fair-Faced) and Ghare-Baire (The Home and the World) are his best-known works, and his verse, short stories, and novels were acclaimed-or panned-for their lyricism, colloquialism, naturalism, and unnatural contemplation.

Author of Gitanjali and its "profoundly sensitive, fresh and beautiful verse", Rabindranath became the first non-European to win the Nobel Prize in Literature in 1913.

Sometimes referred to as "the Bard of Bengal", Tagore's poetic songs were viewed as spiritual and mercurial.

His compositions were chosen by two nations as national anthems: Bangladesh's Amar Shonar Bangla and India's Jana Gana Mana. The Sri Lankan national anthem was inspired by his work.