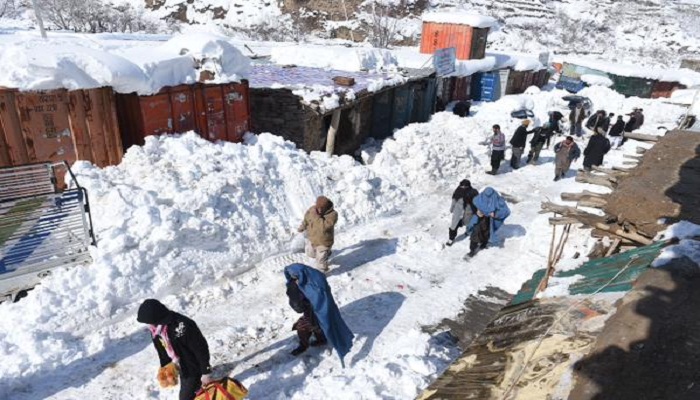 At least 250 people were killed and an unknown number remained missing after avalanches hit Afghanistan over the past couple of days, an official said Saturday.
"The latest data showed that 250 people died as a result of recent avalanche and snowfall-related incidents across Afghanistan over the past five days," Xinhua news agency quoted Mohammad Aslam Sahyas, a deputy in the Natural Disaster Management Authority (NDMA), as saying.
Parts of the mountainous region have received heavy snowfall which started last Sunday, with snow affecting some main roads and mountain passes.
The most affected areas were in eastern Panjshir province, where the rescue and search operation has continued since Wednesday.
"An unknown number of people are still missing and remain trapped. Our rescue teams failed to reach all affected areas due to heavy snowfall and road blockage in the narrow valleys of Panjshir province," Sahyas said.
Rescue teams have been using helicopters to deliver packages of food and other aid for nearly 2,000 families in parts of Panjshir, where heavy machinery were working to reopen roads in higher districts and villages.
The number of casualties of the disaster may rise further, the official said.
The government has announced a three-day national mourning from Saturday.
National capital of Kabul has been experiencing power outage from seven to 15 hours every day as a dozen electric poles were destroyed or damaged by the avalanches.