Smokers are more likely to suffer from anxiety and depression 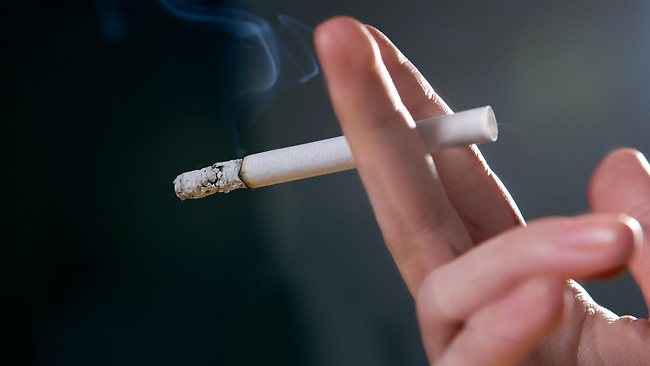 If you're looking for another reason to quit, here it is: Cigarettes may be a sign of mental health problems.


Contrary to the perception of cigarettes as a stress reliever, smokers are 70 percent more likely to suffer from anxiety and depression overall compared with non-smokers, according to a new British study.
Research from the University College London and the British Heart Foundation examined nearly 6,500 people over the age of 40 in the United Kingdom on their smoking habits and mental health. More than 18 percent of smokers in the study reported having anxiety and depression, compared to just 10 percent of non-smokers and 11.3 percent of ex-smokers.

What's more, the smokes may be the source of some anxiety. The study also found that long-term ex-smokers (those who had kicked the habit for more than a year) had anxiety and depression profiles similar to participants who had never smoked. This finding suggests that quitting smoking may actually be the way to boost mental health.


"The perception of a cigarette relieving stress is a misinterpretation of what's actually happening -- what you're really experiencing when you light up a cigarette is the early signs of withdrawal," Mike Knapton, associate medical director for the BHF, told The Huffington Post. "Those symptoms of withdrawal are very similar to stress ... The cigarette will relieve those symptoms, and you think that it's making you feel better, but all it's doing is abolishing the early signs of nicotine withdrawal. Then of course this cycle goes on cigarette after cigarette."


According to Knapton, a BHF survey conducted last year found that a third of U.K. smokers claimed they couldn't quit the habit because they believed in the anxiety-reducing effects of smoking.
"If you think the smoking is managing your stress, it isn't -- it's making it worse," he said. "This report abolishes that myth."


Mental health experts strongly advise against using addictive vices to help patients cope with anxiety and depression. While many people are under the assumption that cigarettes and alcohol can take the edge off, Michael Roizen, M.D., Cleveland Clinic's chief wellness officer and author of This Is Your Do-over, says the opposite may actually happen. The key is adopting other, healthier behaviors that activate the same reward system in the brain.


"That 'high' you get from cigarettes isn't useful because it's destructive to your body," Roizen told HuffPost. "You want to figure out what will give you a 'high' that isn't damaging or contributes to disease. Do that by finding a passion you love, whether it's exercise, talking with a friend or cooking. That's going to help, particularly when it comes to depression."

The new findings are hardly the first that support the idea of extinguishing cigarettes once and for all. Smoking causes one of every five deaths in the United States each year, according to Centers for Disease Control and Prevention. The habit can also lead to lung cancer, heart disease and other potentially-fatal ailments.