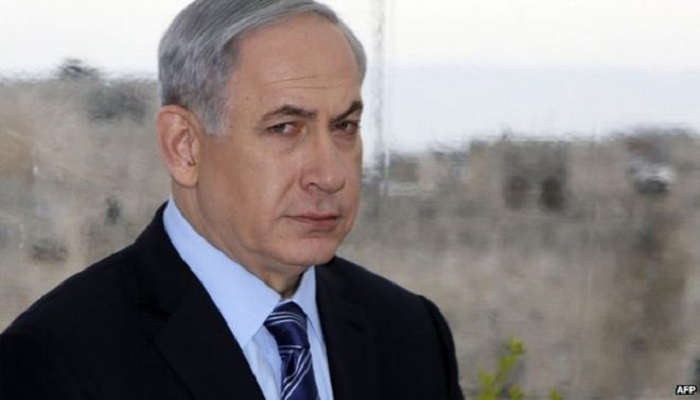 A row between the US and Benjamin Netanyahu has deepened, with the Israeli leader accusing America and others of "giving up" on trying to stop Iran obtaining nuclear weapons.
The US Secretary of State questioned Mr Netanyahu's judgement on the issue.
Republican leaders have invited Mr Netanyahu to address the US Congress next week, angering Democrats.
A White House spokesman warned against reducing US-Israeli ties to a party political issue.
Earlier, US National Security Adviser Susan Rice said Mr Netanyahu's visit was "destructive to the fabric of the relationship".
"We want the relationship between the United States and Israel to be unquestionably strong, immutable... regardless of which party may be in charge in either country," she told PBS television.
'May not be correct'
Mr Netanyahu responded to Ms Rice with a robust defence of his actions.
In a speech in Israel, he said the US and others were "accepting that Iran will gradually, within a few years, will develop capabilities to produce material for many nuclear weapons".
"I respect the White House and the president of the United States but on such a fateful matter, that can determine whether or not we survive, I must do everything to prevent such a great danger for Israel," he said in a speech.
The White House is negotiating with Iran on its nuclear programme and has rejected calls for additional sanctions on the regime.
US Secretary of State John Kerry rebuffed Mr Netanyahu, saying: "He may have a judgment that just may not be correct here."
He said it was premature to criticise nuclear the negotiations with Tehran. "The president has made clear - I can't state this more firmly - the policy is Iran will not get a nuclear weapon," Mr Kerry told senators.
He was speaking after returning from the latest round of talks in Geneva involving Iran, the US and five other world powers.