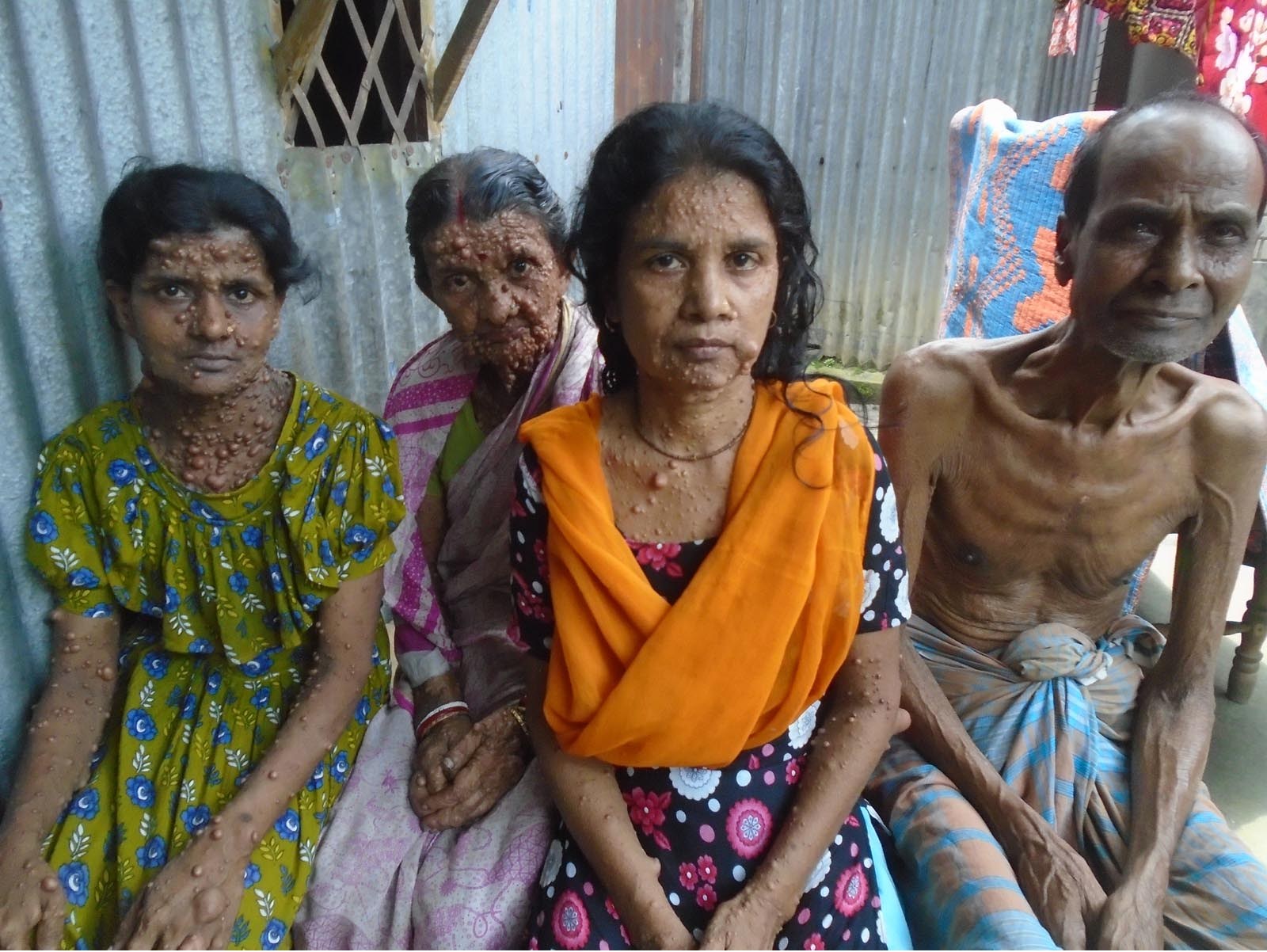 When a family member is affected by a serious but unnoticeable disease, others console the victim. But when four members of a poor family get affected with the same but noticeable disease what do they actually face? Isolation!

That is what happened to a family in Raumari upazila. Four members of the family have been afflicted with numerous tumours, isolating them from their neighbours, UNB reports.

The family members even cannot manage any work or job to earn their livelihood as all avoid them.

Locals said the wife, two daughters and a son of Jatindra Nath Paul, 70, of Sahapatti in Raumari Bazar area, started developing tumours in their bodies some 38 years ago.

Although his son is close to 50, his two daughters are aged between 40-45 years, and he is unable to marry them off as people stay away from them.

The poor father who runs a small grocery in the Raumari Bazar cannot afford the treatment to get his near ones cured.

Fulu Rani was firs afflicted by tumours when her son turned 12.

Tumours first appeared on Babu's body when he was in Class-VIII. His two sisters developed tumours on their bodies when they were in Class-VII.

The tumour-affected family members could not avail themselves of the modern treatment due to their financial constraints. Even, they did not get any assistance from the government.

Jatindra is the sole bread earner of the ill-fated family whose meagre income from shop is not sufficient even for managing the family, forcing the family members to starve sometimes.

Kurigram Civil Surgeon Dr Aminul Islam said the family members are suffering from neurofibroma. "Even if anyone carries those in the body for a long time, they create no problem," he said, adding that the affected person can be cured through surgery if there is pain.

Raumari Upazila Parishad Chairman Mujibur Rahman Bangabasi demanded that the government take the responsibility for the treatment of the family members and provide them financial assistance.

Upazila Nirbahi Officer (UNO) Md Fauzul Kabir said they will provide assistance to the family soon after making a list.