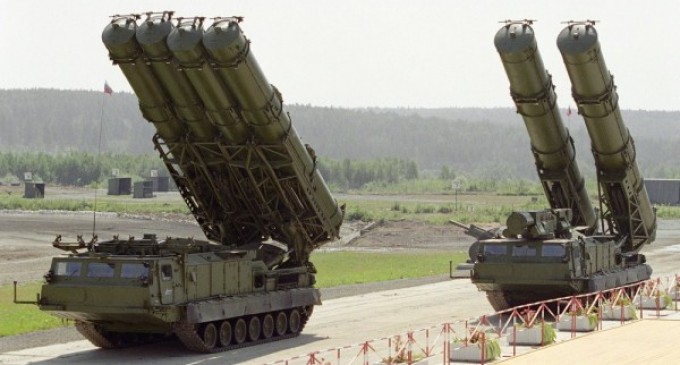 Russia's main defense contractor Rostec has offered Iran its latest Antey-2500 anti-aircraft missiles. A 2010 UN resolution bans the delivery of such missile systems to Iran.
Sergei Chemezov, head of the Rostec corporation which manages Russia's defense industry, said Moscow has offered to supply Iran with Antey-2500 missiles.
"We have offered them the Antey-2500," Chemezov was quoted on Monday as saying by RIA-Novosti news agency. He said Tehran was considering the proposal.
The Antey-2500 is an upgraded version of the S-300 air defense system that Russia agreed to deliver to Iran in a 2007 contract. Moscow signed the deal worth $800 million (705 million euros) but was strongly criticized by the United States and Israel for doing so. A 2007 UN Security Council resolution imposed an arms embargo.
A United Nations resolution adopted in 2010 bans the supply, sale or transfer to Iran of missiles or missiles systems. Russia itself has sanctions imposed by Western nations because of its policy on Crimea and Ukraine.
During a visit to Tehran by Russia's defense minister last month, the two countries signed a military cooperation agreement which they presented as a joint response to what they called US "interference."
Russia budget cuts
Economic difficulties in Russia from the falling price of oil as well as the effect of sanctions, have brought announcements of cuts in public spending. Last month, Finance Minister Anton Siluanov said there should be a 10 percent cut across all sectors of government spending - except for defense.
But on Monday, Chemezov told a news conference on the sidelines of a defense conference in the United Arab Emirates, that the cuts could even affect the military. "It could shrink a bit - within 10 percent - but a decision is not yet made," Chemezov said.
Chemezov is one of the key allies of Russian President Vladimir Putin and has himself been targeted by Western sanctions over Ukraine.
"Sanctions have given us a kick to produce our own (equipment)," Chemezov said. "Before sanctions we procured from Ukraine, which has many defense plants and factories. By 2017, we plan to substitute all our imports."
Chemezov said Russia has orders for $40 billion dollars worth of weapons over the next three to four years. He said the biggest buyers came from India, China, the Middle East and Latin America.