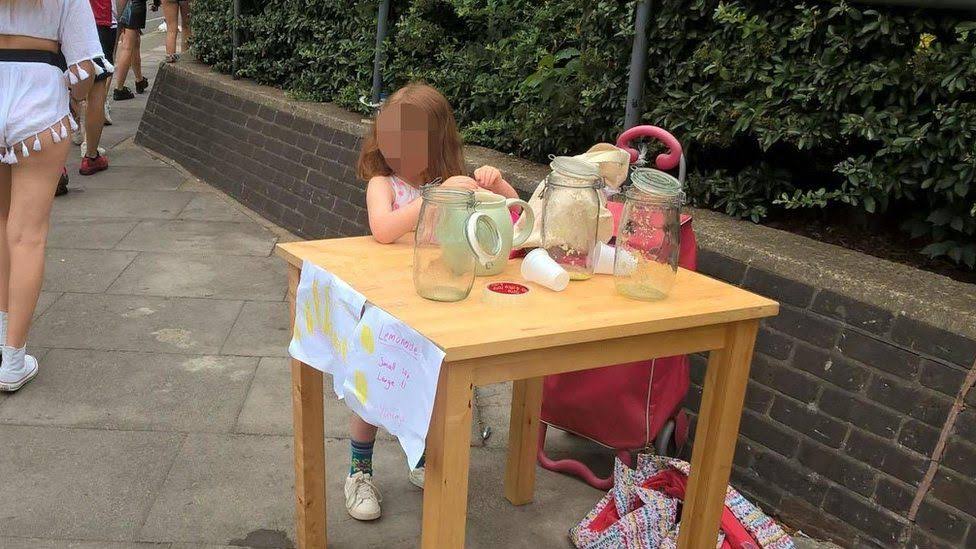 A five-year-old girl was fined £150 by a council for selling 50p cups of lemonade to festival goers.

The girl's father Andre Spicer said his daughter had set up the stall in Mile End, east London, while thousands of music fans were on their way to the Lovebox Festival at the weekend, reports BBC.

Spicer said his daughter burst into tears and told him "I've done a bad thing".

Tower Hamlets Council has since cancelled the fine and apologised.

Spicer said his daughter loved the idea of setting up a stall near their home.

"She just wanted to put a smile on people's faces. She was really proud of herself," he said.

"But after a small time trading, four enforcement officers walked over from the other side of the road.

"I was quite shocked. I thought that they would just tell us to pack up and go home.

To operate a market stall, you will need a street trading licence

There are two types of street trading licences: temporary and permanent

The application fee for both temporary and permanent licences is £75

The girl was fined for trading without a licence

To sell hot/high risk food, there are several extra restrictions in place on a street trading licence

"But they turned on their mobile camera and began reading from a big script explaining that she did not have a trading licence.

A council spokesman said: "We are very sorry that this has happened. We expect our enforcement officers to show common sense and to use their powers sensibly.

"This clearly did not happen.

"The fine will be cancelled immediately and we have contacted  Spicer and his daughter to apologise."