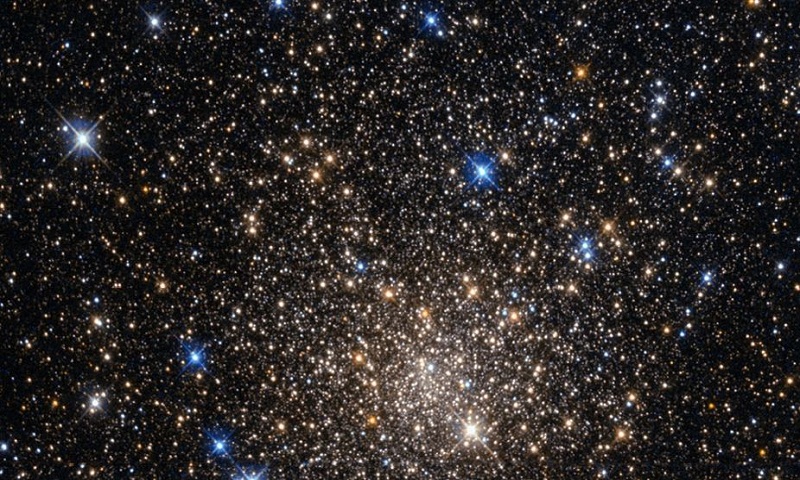 The study combined high-energy observations from High Energy Stereoscopic System (HESS) -- a ground-based observatory in Namibia -- with lower-energy data from NASA's Fermi Gamma-ray Space Telescope to show that some of the speediest particles get trapped there.

"Our results suggest that most of the cosmic rays populating the innermost region of our galaxy, and especially the most energetic ones, are produced in active regions beyond the galactic center and later slowed there through interactions with gas clouds," said lead author Daniele Gaggero at the University of Amsterdam in Netherlands.

"Those interactions produce much of the gamma-ray emission observed by Fermi and HESS," Gaggero added.

Cosmic rays are high-energy particles moving through space at almost the speed of light. About 90 per cent are protons, with electrons and the nuclei of various atoms making up the rest.

In the study, published in the journal Physical Review Letters, an international team of scientists found a continuous gamma-ray spectrum describing the galactic center -- center of our Milky Way -- emission across a thousand-fold span of energy.

The data indicates that the same population of cosmic rays -- mostly protons -- found throughout the rest of the galaxy is responsible for gamma rays observed from the galactic center.

But the highest-energy share of these particles, those reaching 1,000 TeV, move through the region less efficiently than they do everywhere else in the galaxy. This results in a gamma-ray glow extending to the highest energies that the HESS observed.

"The most energetic cosmic rays spend more time in the central part of the galaxy than previously thought, so they make a stronger impression in gamma rays," said co-author Alfredo Urbano at the European Organisation for Nuclear Research (CERN) in Geneva and Italian National Institute of Nuclear Physics (INFN) in Trieste.