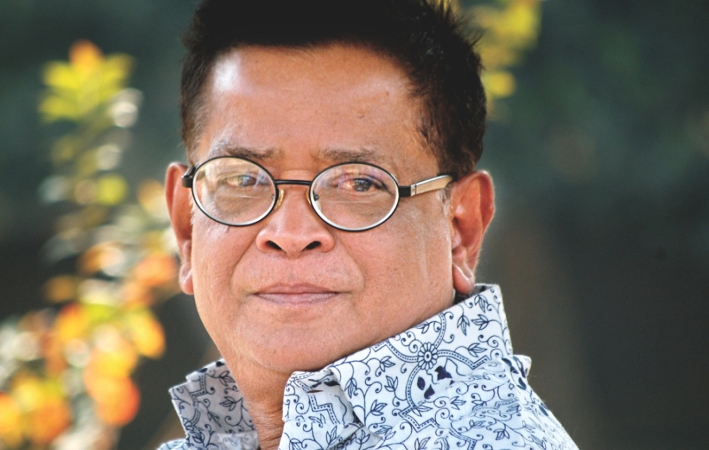 The 5th death anniversary of celebrated fiction writer, playwright and filmmaker Humayun Ahmed is being observed on Wednesday.

Humayun Ahmed's family members, relatives and fans are set to offer prayers at his graveyard at Nuhash Palli of Gazipur and pay homage by placing floral wreaths today.

Different socio-cultural organisations have chalked out elaborate programmes to mark the day while different television channels are airing different programmes.

Channel I is airing a debate programme, musical event, films and tele-films while singer S I Tutul is set to share his experience from his long journey with the legendary writer.

Meanwhile, Facebook group 'Humayuner Vubhan' is organising a trip to Nuhash Palli from Shahbagh in the city to encourage people to read the writings of Humayun Ahmed.

Cultural Affairs Minister Asaduzzaman Noor is scheduled to recall the late legendary writer on the day and share his memories with him at a memorial event.

Humayun Ahmed died on July 19, 2012 at Bellevue Hospital, New York, at the age of 64 battling against cancer for nine-month.

The famous writer won Bangla Academy Award and Ekushey Padak for his contributions to Bengali literature.